THE KARDASHIAN AND AMBER ROSE BATTLES IT OUT ON SOCIAL MEDIA !!!!!

The battle between the kardashian and Amber rose is so funny . They keep shading each other on instagram .

Amber  Rose isn't done with Khloe, says OJ Simpson is her father wow!!!! That was a kick below the belt "laughing " 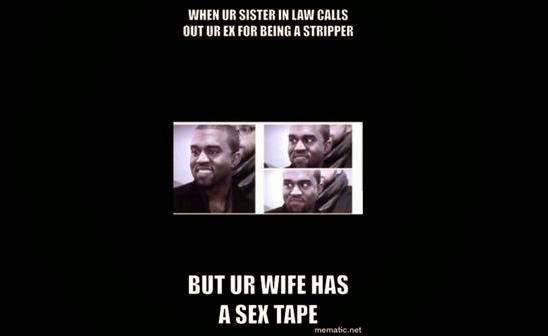 Amber has no limit .......See what she just posted on Twitter below. Khloe shouldn't have started this...hehe!

Amber isn't done with Khloe. She dragged her some more last night and even said her real dad is 'a professional football player' OJ Simpson, who got away with murder. Lol. Khloe's paternity has plagued her for years and Amber had to go there...lol. See the tweets after the cut... 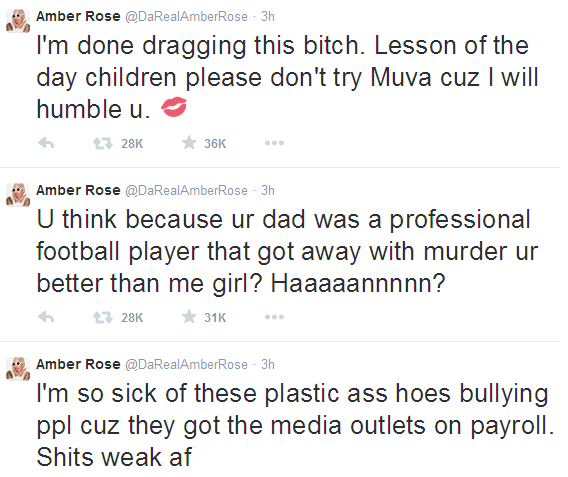 See more pictures of their battle . 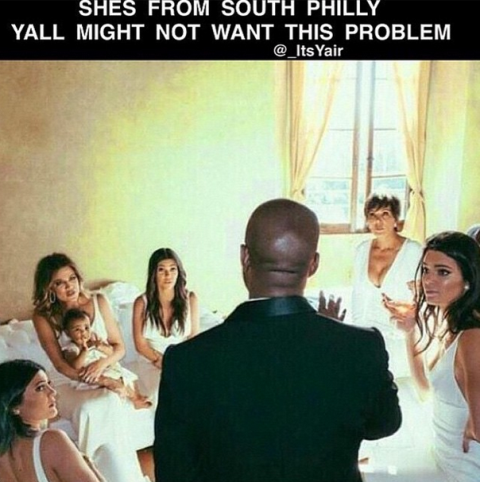 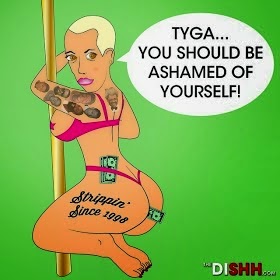 PASTOR OLADEJO SAYS MISSIONARY IS THE ONLY HOLY POSITON !!!!

Hello and welcome to Chitoo's Diary.

Check this out : Missionary” Is The Only Holy Sexual Position - Pastor Olugbenga Oladejo .


The head pastor of Complete in Christ Church (CICC), claimed he saw people being punished in hell for immoral and unholy sexual acts that include Mouth Action, self-service, acts of bondage and positions like ‘canine’ and ‘cowgirl’.

Here are some excerpts of the video transcript, where he shared the revelations


“The Lord told Pastor Oladejo that His children are confused, so they must be warned about these sins that are taking them to hell, so they will not perish.

He visually showed him these people’s sins on the “judgment screen” and audibly warned against married couples self-servicing on their beds, looking at pornography, MouthAction, trying different styles of sexual intercourse to “spice it up,” such as “doggie style” penetration from behind, and various positions, including the wife on top (e.g., so-called “rocking horse,” “cowboy,” or “cowgirl” positions), and hanging your wife (a type of domination and bondage position, involving tying her down, intended to simulate rape).


He said the only position that is holy in God’s sight is the face-to-face position with the husband on top.


On Missionary as the Only Holy PositionIt is well known what the “missionary position” is and why it is called that, for the reason this pastor explained.


Missionaries of old who taught their converts about true holiness would teach them that in the marriage bed, face to face with the husband on top is the only position that God has sanctioned.


That is a landmarker or boundary stone that was laid by people before this evil generation was born that you and I who live today are a part of.


That was a boundary stone. We have moved that stone, so we could try new things to fulfill our lusts.”Warning to Married Couples Who Practice MouthActionScriptural BasisThe following are a few more Scriptures, in addition to those referenced earlier in this post:

"Put to death, therefore, whatever belongs to your earthly nature: sexual immorality, impurity, lust, evil desires and greed, which is idolatry." (Col 3:5, NIV)."It is God’s will that you should be sanctified: that you should avoid sexual immorality; that each of you should learn to control your own body in a way that is holy and honorable, not in passionate lust like the pagans, who do not know God;" (1 Thes 4:3-5, NIV)."Flee also youthful lusts: but follow righteousness, faith, charity, peace, with them that call on the Lord out of a pure heart." (1 Tim 2:22, KJV)"Let all things be done decently and in order." (1 Co 14:40, KJV)."For those who are according to the flesh set their minds on the things of the flesh, but those who are according to the Spirit, the things of the Spirit. For the mind set on the flesh is death, but the mind set on the Spirit is life and peace, because the mind set on the flesh is hostile toward God; for it does not subject itself to the law of God, for it is not even able to do so, and those who are in the flesh cannot please God." (Rom 8:5-"So then, brethren, we are under obligation, not to the flesh, to live according to the flesh-- for if you are living according to the flesh, you must die; but if by the Spirit you are putting to death the deeds of the body, you will live." (Rom 8:12-13)Hanging Your SpouseIn the videos, he mentioned "hanging" your spouse during sexual intercourse (see Video 1 at 13:33 - 13:36 and Video 2 at 11:12). He clarified this for me by stating that he meant couples who engage in extreme sexual positions by using sex equipment to make their wives helpless, such as tying them to a bed, so it looks like the wife is being raped. He said, "Some Christians do extreme sexual positions seen in the pornography and buy equipment to make them look like their wives are helpless or being hanged [or] raped when they have relationships. Such things are great wickedness before the Lord." self-servicingHe also clarified that when he warns against self-service, it is not only something you do to yourself. It includes self-servicing one's spouse to arousal or orgasm. This is consistent with the dictionary definition. He stated,

Do not use your hand to stimulate anyone to orgasm. It is self-service done on you by your partner rather than yourself."

He warned, "Manual stimulation is self-service. It is a sin." In fact, the word self-service comes from two root words that mean "hand" and "defile"."Touching your wife lovingly is not a sin, but it becomes a sin when she feels like you are self-servicing her.


Our hands are not meant for such an act. If your wife touches you such that you release without penetration, that is a great sin, so we need to be careful...I want to be very clear that when I refer to ‘touching your wife lovingly,’ it is not self-servicing her for arousal. I do not say a man should do that.


The Lord told me He detests all forms of self-service." Personal Lubricant Lastly, in response to my inquiry, he said, “[Personal] lubricant and condoms were never shown to me as sin at all.” However, the Lord also did not say to Pr. Olugbenga that using condoms is not a sin.


If you have questions, you should seek the face of the Lord Jesus Christ on that. http://eternal-destinations.blogspot.com/2014/11/a-warning-for-christian-couples. You could check it out but leave a comment here . See a picture of the pastor and a video. 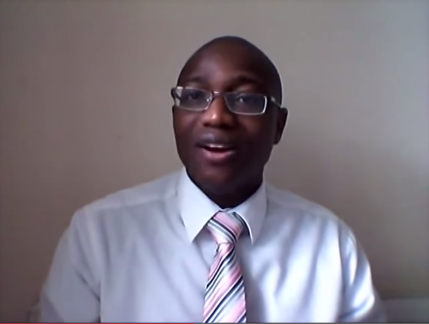 IYANYA WAS ATTACKED BY FANS AFTER THE SINGER POSTED A PIX !!!!

Some Nigerians attacked Iyanya after the singer posted the below photo,some even called him Tyrone Lannister, the dwarf from Games of Throne.

Omg !!!!! Thats so funny and hilarious ! See a picture below. What do you think ? 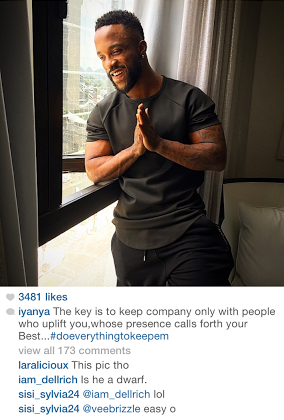 Lady Gaga gets engaged...check out her engagement ring

After dating for almost 4 years, Lady Gaga and actor Taylor Kinney are engaged. Taylor proposed to the 28 year old singer with a heart shaped diamond ring on Valentine's Day. Lady Gaga and Taylor first met on the 2011 set of her "You & I" music video. They've been dating ever since. Congrats to them... 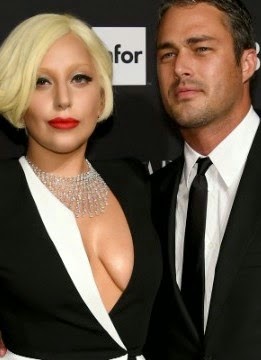 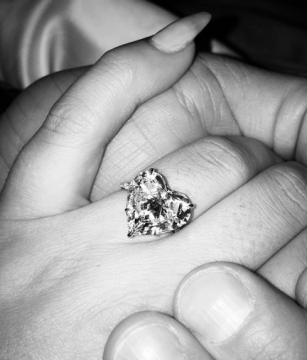