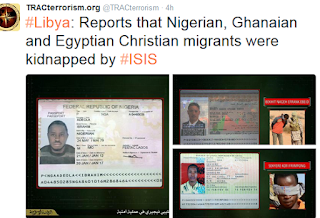 There are reports that this Nigerian man named Adeola Ibrahim, who is a Christian migrant has been kidnapped along with a Ghanaian and an Egyptian migrant. More after the cut... 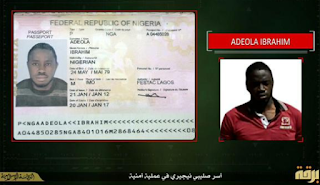 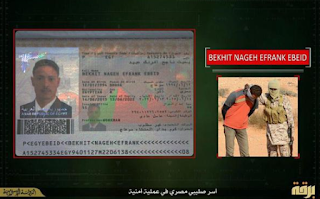 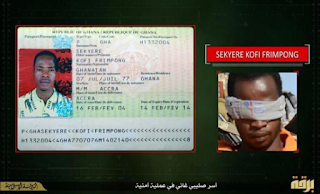 A girl of 10 who complained at school of stomach ache gave birth just hours later. She was rushed to hospital in Brazil by teachers and found her to be in the late stages of labour. Although only 7 months pregnant, the girl gave birth normally.

The girl and her baby are being cared for in the hospital's neonatal unit. She told police her ­stepfather, 40, abused her. He is now accused of rape.

The girl’s mother claimed she had not seen her ­daughter’s stomach bulge and she had no idea she was pregnant. According to police, the girl's mother said that her daughter started to struggle at school and become more introverted from October last year.

Police in Belo Horizonte, south-east Brazil, said: "The mother alleges that she, along with other family members, hadn't noticed, taking into consideration the child's small frame."

The girl told police that her ex-stepfather would threaten to kill her mother and brother if she ever told about the abuse. He has been charged with rape of a child and illegal possession of firearms. 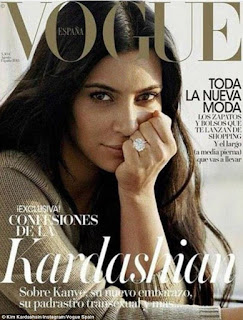 34 year old pregnant Kim Kardashian covers Vogue Spain.  She said she did the photo shoot without any make up on. Do you believe this guys ?
Posted by Chitoo's diary at 00:57:00 No comments:

Check out what this guy did :Medical student is in big trouble after taking a SELFIE while delivering a woman's baby at a hospital in Venezuela 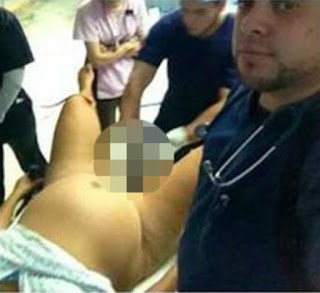 A student obstetrician has sparked outrage by posting a picture of himself in front of a woman in labour.

Daniel Sanchez uploaded the image onto his Instagram page alongside the caption: 'Lady I can deliver your baby but first let me take a selfie'.

More than 5,000 people have now called for his conduct to be investigated, after the picture - taken at a hospital in Venezuela - was posted online.

Selfie: Student obstetrician Daniel Sanchez uploaded this image (without being blurred) onto his Instagram page alongside the caption: 'Lady I can deliver your baby but first let me take a selfie' 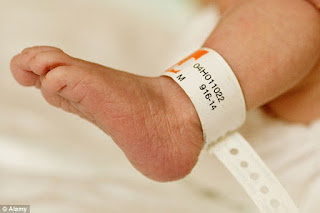 The image shows a woman, naked from her waist down, giving birth. Another obstetrician appears to be delivering the baby behind Sanchez.

According to Vice, Sanchez said his team can 'bring kids into the world and reconstruct p******', and that women can made 'brand new, like a car with zero kilometers on the clock'.

A petition has been set up by Roses Revolution, a movement against obstetric violence, calling on the student to be investigated and for the hospital to 'take the measures that you consider appropriate'.

More than 5,000 people have called for Daniel Sanchez' conduct to be investigated after he posted the picture of the woman in labour

One signatory wrote: 'I'm signing because I cannot think of one explanation that could deem this acceptable.'

Another said: 'I'm fuming! This is disgusting! I am a mother and I had an emergency c-section. I can't think of anything worse. An absolute abomination.'

Sanchez has reportedly apologised for any offence caused by the image, but denies taking the picture himself.

He said the woman he photographed is respected because 'you cannot see her genitals or face' and says she gave consent, Vice reports.

Student obstetrician Daniel Sanchez uploaded the image, taken in a hospital in Venezuela, onto his Instagram page with the caption: 'Lady I can deliver your baby but first let me take a selfie. 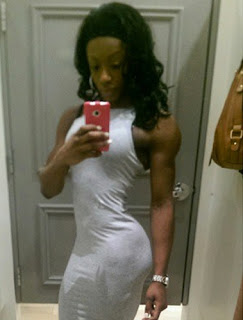 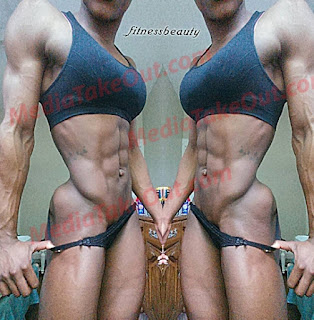 She's a bodybuilder and a fitness model. She looks great with her clothes on but when she takes it off, well... she looks different. Still sexy but different. See the photos after the cut... 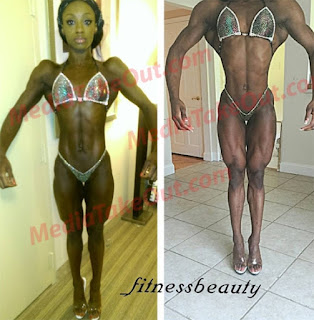 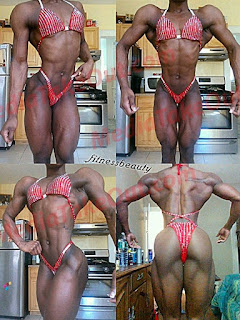 Would you hit this?