Hilarious !!!! Reasons why you should never text when drunk. 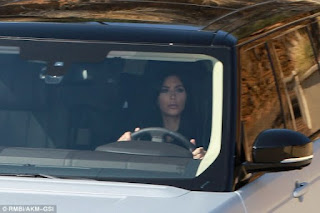 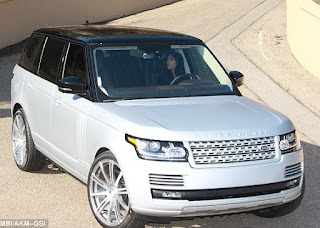 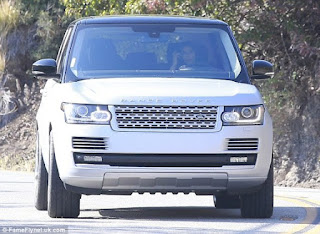 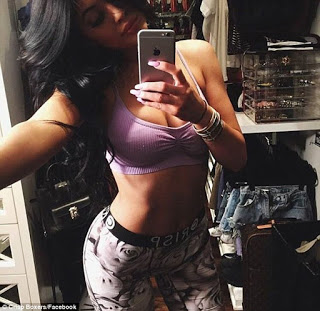 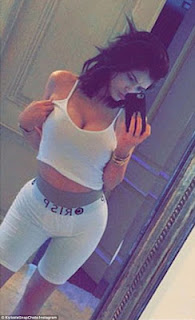 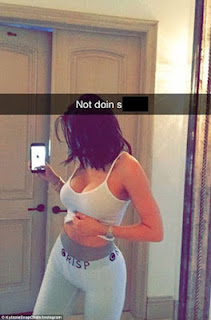 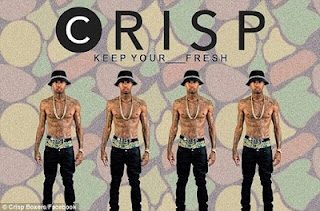 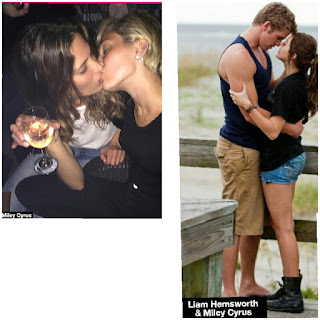 Get it, girl! After admitting she’s bisexual in a revealing new interview for ‘Paper’ magazine, more about Miley Cyrus’ romantic history with women.

Since Miley Cyrus, 22, has had two back-to-back monogamous relationships with Liam Hemsworth, 25, and Patrick Schwarzenegger, 21, the pop star hasn’t had much time to dip her toes in the lady pond. While Miley’s secretly dated females in the past, a source tells us that she hasn’t


“Dating and hooking up are a complete different story and [Miley] has hooked up with a lot of girls who have been on tour and a lot of girls from [LA nightclub] Beacher’s Madhouse.


But unfortunately, the “Nightmare” singer hasn’t been able to go as far as she’d like with a girl. How come? Because of her commitments to Liam and Patrick, obvi! “[Miley] hasn’t hooked up with girls as often as she’d like since she did respect her relationships with Liam and Patrick,” the insider explains. “She’s experimented and had fun, but nothing super serious with anybody super famous or famous at all.”
Posted by Chitoo's diary at 12:19:00 No comments: 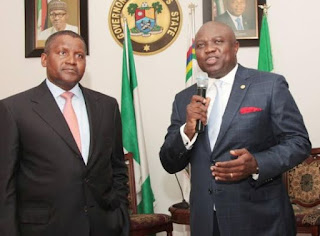 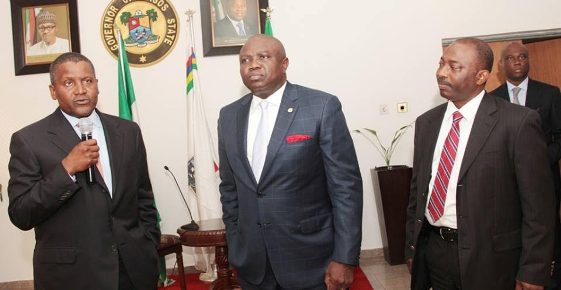 Africa's richest man, Aliko Dangote paid a courtesy visit to the Governor of Lagos state, Akinwunmi Ambode earlier this week where he revealed that his company is in the process of building a Gas Pipeline from Bonny to under the sea which when done, will provide Lagos with 24hr power supply.

Speaking to the press, Dangote said "I’ve assured him that we really love doing business here, it’s a friendly state for doing business and also to assure him of all the projects that we are doing that we are on course; that is building the largest ever single refinery of 650,000 barrels per day, which is by far more than the consumption of Nigeria and that would satisfy our consumption at least for the next 7 to 10 years by the time we finish.

Also, we are building the largest fertilizer plant of two to three million tonnes of Uranium and Amonia also in the Lekki Free Trade Zone and assure him that we are going to do a Gas Pipeline from Bonny to under the sea, in which when we finish, Lagos state will never ever experience blackout, there would be electricity 24 hours a day.

There are quite a lot of things that would come along with, that would create so many jobs. I think Lagos will be one of the fastest growing cities in Nigeria and Africa as a whole. I can assure you that we would do our own bit in terms of your efforts in policing Lagos, for security and whatever the need is, feel free to call us, we would partner with you and whatever you want us to do to make Lagos a better place.

It’s not a small project. We would have challenge in getting people to work there, because at the height of it, we would have almost close to 38,000 people working at the same location, this is something that we have to partner with the state government.

Having 38,000 people on one site, not every one of them will be from the community, others will be from other states, there would be cultural issues and all that, we need to integrate everybody to ensure that the whole thing work out fine,” he said. 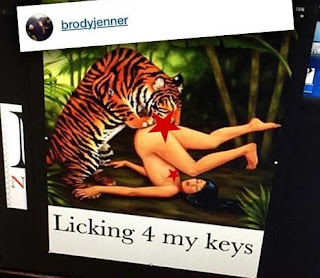 17year old Kylie Jenner has 3 big brothers but it doesn't really seem like it because everyone is sitting quietly as she dates a rapper way older than her.

But one of her big brothers, Brody Jenner kinda made his feelings about the relationship known on instagram today. He shared the pic above, which he has since taken down, which shows a young woman with dark hair like Kylie being molested by a tiger. See how TMZ is reporting it after the cut...


Brody Jenner used a porntastic image to send a message to Tyga -- quit banging my 17-YEAR-OLD sister, Kylie Jenner -- or so it appeared.

Brody posted the illustration this morning ... of a tiger in the jungle licking the lady parts of a young woman with dark hair, who looks a lot like Kylie. The post includes the caption, "Licking 4 my keys.

Most people assumed he was making some kind of commentary on Tyga and Kylie's relationship -- but Brody's GF, Kaitlynn Carter, tells TMZ it was an innocent coincidence.

Kaitlynn says Brody's friend has a t-shirt company and they were just looking for Internet memes to use on gear. She says Brody's pal made up the "keys" caption, and the guys thought it was hysterical ... but it had nothing to do with Kylie's dating sitch.

House wife sentenced to death for the murder of her step son, read more details below.

News : Sentenced a housewife, Mrs Ternenge Tersoo, to death by hanging for the murder of her 1year-old step son, Pineter Tersoo. 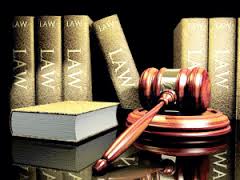 Mrs Tersoo of Mbayegh-Gaav in Konshisha Local Government Area of Benue was found guilty of culpable homicide punishable with death under Section 221 of the Penal Code.


Housewife sentenced to death by hanging in Makurdi for the murder of her 1yr old step sonA Makurdi High Court Judge, Justice Jennifer Ijohor, on Thursday June 11th, sThe convict’s husband, Mr Iorchir Tersoo, reported the matter to the police on May 28, 2012 that his first wife had killed his son.

Tersoo said he had been married to the convict for seven years without a child, which made him to marry a second wife, Torkwase Tersoo, who gave birth to the deceased within one year.
The complainant said that his first wife had complained bitterly that the little boy and his mother had taken over the affairs of the house and that the husband gave more attention to the second wife.

According to him, the convict collected the child from his nanny and strangled him to death.
During trial, however, the convict pleaded not guilty to the charge against her and testified in her own defence without calling any witness.

However, the prosecution called two witnesses, including the Investigating Police Officer (IPO), Cpl Solomon Mnyim, who tendered a medical report of the autopsy carried out on the deceased at the General Hospital, Vandeikya.

Delivering judgment, Ijohor said that prosecution had proved its case beyond any reasonable doubt to warrant the conviction of the accused.

The judge said the autopsy report showed that the boy was actually strangulated to death.
She condemned the situation where a woman would take the life of another person’s child and advised that a woman married into polygamous home and had no child should pray to God for the gift rather than harbouring evil. 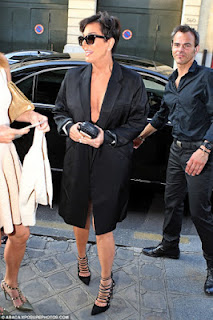 Kylie Jenner loves her mom looking ‘this good’ at 59, and we also think it’s great that Kris Jenner is doing what comes naturally to a Kardashian or Jenner showing off some hot kleavage! See the pic and check out Kylie’s reaction.

Kris Jenner is like a fine wine she just gets better with age! The 59-year-old Kardashian matriarch, who was photographed in Paris, France on June 10, showed off her ample cleavage in a low-cut black and white mini-dress. Get it, girl! 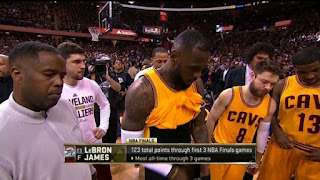 ABC showed a little more of LeBron James than they expected on June 11, prior to the start of Game 4 between the Cleveland Cavaliers and Golden State Warriors. As the NBA all-star adjusted his shoring a huddle, he exposed his penis on live TV. Watch the video here.

Basketball fans, who watched the NBA Finals at home, likely got more than they bargained for on June 11, when ABC accidentally showed LeBron Jamespenis as he adjusted his shorts on camera, prior to the start of Game 4. 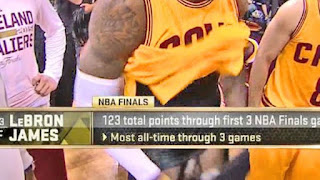 Shocking story : A wife tells a Judge How She Was Kocked In A Room and forced To Marry her Present Husband.

Unbelievable storyline : A wife narrates how she was Locked In a Room For 7 Months and forced to marry Him: Wife tells judge . 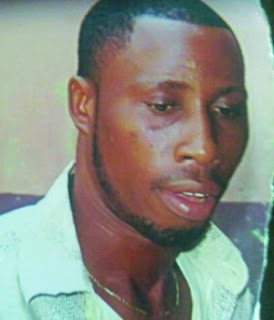 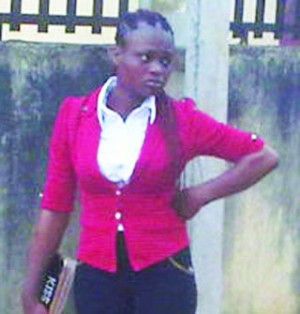 She said she was inside the room until he impregnated her and thereafter forced her parents to collect N300 as her bride price.

But her husband said his decision to keep her in the room was not intended to punish her, saying he was showing her love and caring because he did not want her to suffer in his home.

Anambra State-born Mercy narrated her plight at Eiigbo Customary Court, Lagos, where she filed a suit for the dissolution of the marriage.

She also told the court that during her captivity she was not allowed to see anybody or her parents.
She said she was only allowed to come out in the night briefly when he returned from work and opened the door and did not allow her do anything else.

The embittered woman said her ordeal started in 2012 when she went to sit for Joint Admission and Matriculation Examination, JAMB.
She said on that Saturday, Ekeh accosted her along Liasu road in Egbe.

Mercy alleged that Ekeh cast a spell on her after he touched her and commanded her to go to her parents’ house and bring her property and come and to live with him.
She said she obeyed without knowing what had come over her.

She said while she was in Ekeh’s home, her parents searched everywhere for her and went to the police and reported that she was missing until one of Ekeh’s neighbours who observed what was happening told her mom about where she was.
It was then Ekeh was arrested and she regained her freedom after he impregnated her.

She said the incident has traumatized her as Ekeh has ruined her life, while her mates are in school pursuing their education.
She asked the court to dissolve the marriage and compel Ekeh to take care of the baby.
In his response, Ekeh denied all the allegations and told the court that he does not want the marriage dissolved because he loves Mercy.
On packing to his house, he said it was a choice Mercy made before she got pregnant and he had to marry her by paying her dowry. The president of the court, Mr A.K. Akanni adjourned the matter till 18 June for continuation of trial.