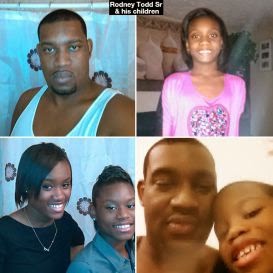 How devastating. A father and his seven children reportedly have all been found dead in their home due to carbon monoxide poisoning.

The family was using a generator after their electric was cut off, when it ran out of fuel an emitted the toxic gas.

Maryland father, Rodney Todd Sr., 36, and his seven children who ranged from ages 6 to 16, have all passed away in a tragic accident.

Officers reportedly went to the family’s home in the town of Princess Anne on April 6 where they found the entire family dead from inhaling the poisonous gas. So horrific.
Posted by Chitoo's diary at 21:49:00 No comments:

ACTOR YUL EDOCHIE EXPOSES MAN WHO HE CLAIMS IS SEXUALLY HARASSING HIM.....

Actor Yul Edochie exposes man who he claims is sexually harrassing him.

Actor Yul Edochie took to twitter today to put a man who he claims has been sexually harassing him for a while now, on blast.

According to Yul, who is the son of veteran actor Pete Edochie, he said the man went as far as harassing his family because he refused his advances.

Yul is not gay and he says he doesn't have problems with gays just this one stalking him. His tweets after the cut... 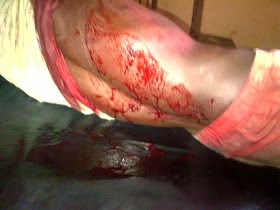 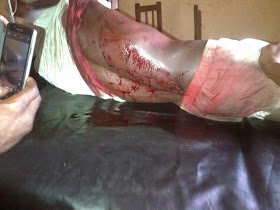 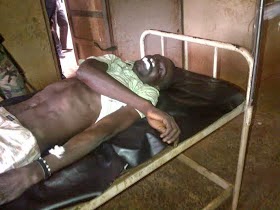 Here's a report I received from the Special Assistant on new media to Gov. Fayose, LereOlayinka, on the fracas that happened in Ekiti state this morning following APC lawmakers planned sitting to impeach Governor Fayose. Unfortunately one person has lost his life.

Thugs and armed policemen in the lawmakers bus opened fire at the people at Efon-Alaaye junction on their way to Ado-Ekiti today.


The lawmakers were coming to Ado-Ekiti from Osogbo, State to carry out their evil plot to impeach Governor Ayodele Fayose.

(Photo after the cut is graphic)Sources at the scene said a member of House, Hon Gabriel Ogundele fired the shot that killed Modupe Olaiya.

The lawmakers convoy was blocked by angry youths and Soldiers at Ita-Awure before they were ordered to return to Osogbo.


Photos: Woman gives birth on the road in Lagos 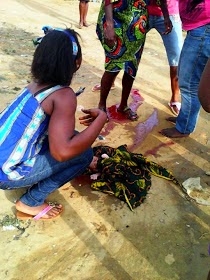 A woman gave birth to a baby on the streets of Lagos this morning April 7th. Eye witnesses said the woman was on her way to the market when her water broke. She started screaming for help and a few people gathered around her and when they saw the baby's head was already coming out, they helped her deliver the baby right there.

The woman and her baby are said to be doing well. God is great! More photos after the cut... 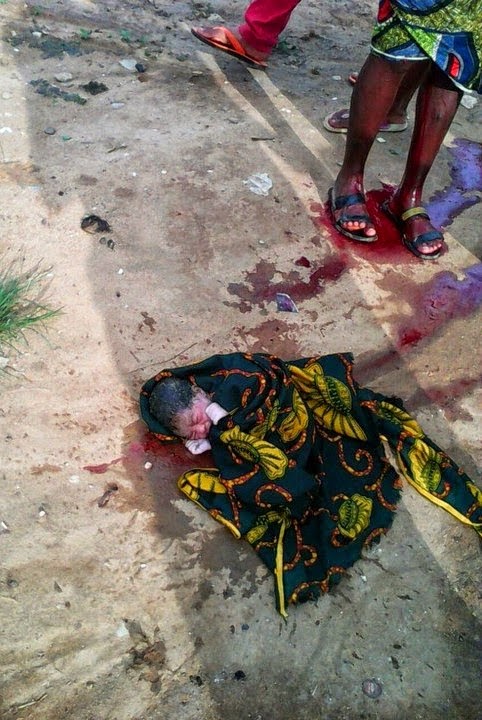 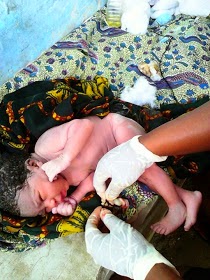 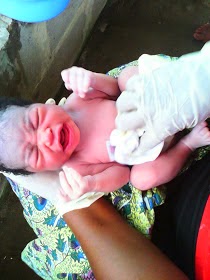 JOSEF ONOH SON OF FORMER ANAMBRA GOVERNOR SAYS " I WILL DRAG OBA OF LAGOS TO ICC ....... 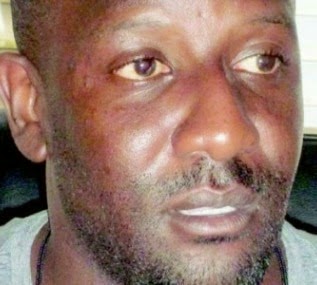 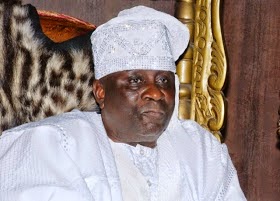 Son of late former governor of old Anambra state Chief C.C Onoh and former member of the Enugu state House of state, Dr Josef Onoh has vowed to drag the Oba of Lagos, Oba Rilwan Akiolu before the International Criminal Court of Justice over the anti-Igbo comments he made during his meeting with some Igbo leaders resident in Lagos last Sunday.

Speaking with Vanguard, Dr Josef Onoh said
"Let it be known that whether Oba Akiolu’s threat comes to fruition or not, I have concluded to take him to the ICC where he will keep company with the like Charles Taylor and answer to human right charges that will be preferred against him” he said 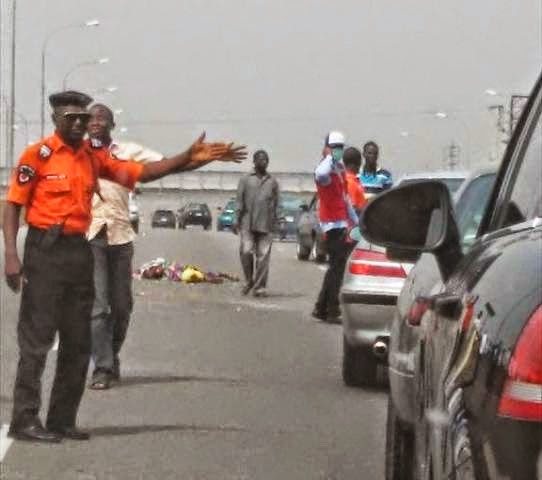 A pedestrian was crushed to death this morning while trying to cross the Airport road expressway in Abuja.

Check this out guys :Rapper DMX accused of armed robbery

A 21 year old Newark man, whose identity is being kept out of the press by the police, filed a police report in Newark New Jersey on Sunday Morning April 5th, claiming rapper DMX and his entourage robbed him just after midnight on Sunday morning at a gas station.

The man claimed he recognized DMX at a filling station on Highway 21, walked up to him and struck up a conversation with him about music. He said while talking with the rapper, a person in his entourage pulled a gun on him and demanded money.

The man claims he pulled a wad of cash out of his pocket - about $3,200, which DMX snatched before escaping in a caravan of Caddilac Escalades.

The man said he followed the vehicles for a while and was able to provide a license plate tag number for one of the vehicles to the police. The case is under investigation. Hopefully, he mistook the thief for DMX