Rihanna open to being Karrueche's friend over Chris Brown betrayal? 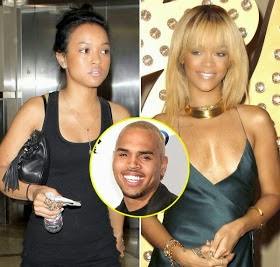 Some of these media outlets just make up these stories but it's still interesting. Hollywoodlife.com reports that Rihanna is more than open to having a friendship with her former enemy Karrueche and “feels sorry” for her after Chris Brown baby shocker.
“Ri understands exactly what she’s going through and knows firsthand what it’s like to be tortured and disappointed Chris. She totally gets what’s happening and how devastated Karrueche must be now that he has a baby” our source said.
Rihanna and Karrueche haven’t always had the best relationship. These two were one major foes after Rihanna’s split with the “Loyal” singer, but Rihanna’s since had a change of heart.


“Rihanna’s had enough time to think and heal,” a source close to the artist tells HollywoodLife.com. “Even though she despised Karrueche and hated her for sleeping with Chris when they were together, she feels sorry for the poor chick and would be open to having a conversation with her.”

The circumstances were totally different, but Rihanna knows what it feels like to be burned by Chris. The singer has decided to forgive Karrueche in the midst of Chris’s deception.

Rihanna and Karrueche probably have so much to talk about. Rihanna totally understands what it feels like to be in love with a guy like Chris. Maybe Rihanna can provide Karrueche with some well-worded advice that will help her move past Chris for good.

These two have a lot in common as Riri and Karrueche have both endured many highs and lows throughout their respective romances with the “Loyal” singer.

“Rihanna gets Karrueche. She understands why she would want to be with Chris. She knows Chris charmed the life out of her, told her everything she wanted to hear and bought her the world. That how he hooks all his girls,” added the insider.

MORE INFORMATION ON THE LEKKI ROBBERY .......

More details on Lekki robbery: how policemen, father of 7 were killed. 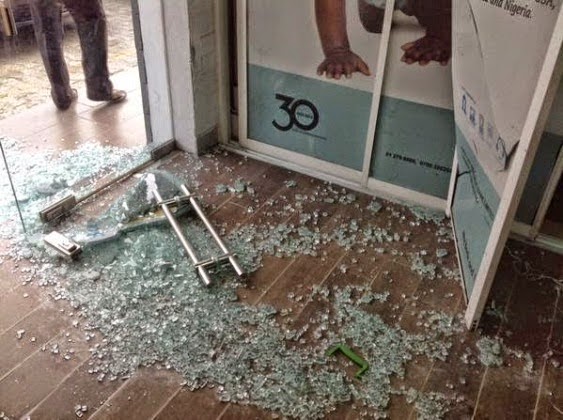 12 (or more) men dressed in military fatigue wielding AK47 automatic rifles brought terror to Lekki Phase 1 on Thursday March 12th. They robbed 1 (or 2) banks on Admiralty way and killed 6 (or 7) people. No person in the bank (s) were killed because they cooperated with the robbers. The robbers made away with money in the vaults and even broke the ATM and took all the money there.

The fulfillment of the assurance given by police authorities to arrest the perpetra­tors of the robbery incident that cut short the lives of three policemen and three others in Lekki area of Lagos last Thursday, though may serve as a form of succour to many Nigerians, the bereaved families, particularly that of Inspector Bethel, indigene of Kwale in Delta State and father of seven, will certain­ly need more to survive the tragedy that hit them.

Two other policemen identified as Sergeant George, an Urhobo also from Delta State and Corporal Ikechukwu, a Benin man from Edo State.

Six persons including three mo­bile policemen were killed and sev­eral others seriously injured during the incident which happened on Lekki-Ikoyi Link bridge when the rampaging armed robbers attacked a new generation bank.

Security sources told Sunday Sun that the three policemen were on the escort of some expatriates from Victoria Island to the international airport in Ikeja when they ran into the bandits who had stormed the bank for robbery operation.

Sunday Sun reliably gathered that the escort team decided to fol­low the Lekki-Ikoyi link bridge because of the usual heavy traffic on Ozumba Mbadiwe way with the lead driver who carried the for­eigners on a Coaster bus leading the way.


The team, it was learnt, ran into two robbers who were in army camouflage uniform. They were brandishing a submachine gun, which a source said uses ten mag­azines and an AK47 rifle which uses double magazines.

The driver who had no inkling of the danger lurking around was said to have continued with the journey without taking any precautions. “When the entourage got to the second army check point, which was around the FCMB bank being robbed at the time, there were many men in camouflage on standby as if waiting for someone.

“They allowed the Coaster bus to pass but immediately opened fire on the right side of the Hilux Van conveying the police inspec­tor, a Sergeant and a Corporal. The Police inspector who was the lead­er of the escort and the corporal who sat directly behind him were hit by bullets and died instantly.
“Then the first two men in cam­ouflage left behind began to shoot at the Hilux Van. The driver who is a civilian stopped the vehicle, switched off the engine, got down of the truck, raised his hands and ran for his dear life. The Sergeant on the other hand realizing he had been over powered, got down from the truck without his am­munition with his hands raised in the air and attempted to run away from the vehicle. But the rob­bers opened rapid fire on him till they were sure he was dead,” the source revealed.

Sunday Sun further learnt that the Coaster bus driver who saw another check point ahead of him was quick to realize that the area was too hostile and decided to slow down.

“One of the robbers fired at the bus but at that point, two things happened simultaneously. The driv­er of the Coaster bus stopped while a girl selling smoked fish who was running for her life was hit by a bul­let in her forehead which came out through the back and damaged the right side of her head. She fell down in front of the Coaster bus and died instantly. Another civilian was hit by a stray bullet.
Meanwhile, the robbery inside the bank was said they have been carried out quickly without any re­sistance. “People didn’t know of it because they felt the men in army camouflage were there to secure the area


Inside the bank after the robbery incident... 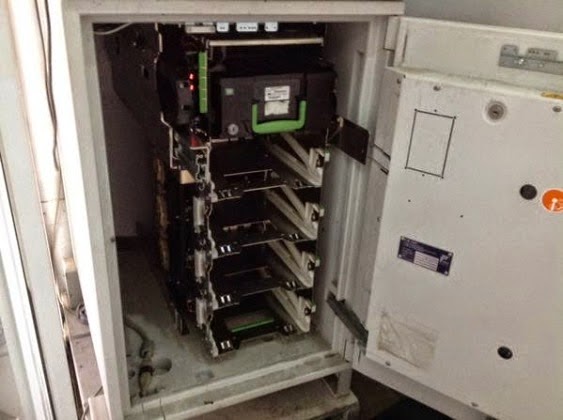 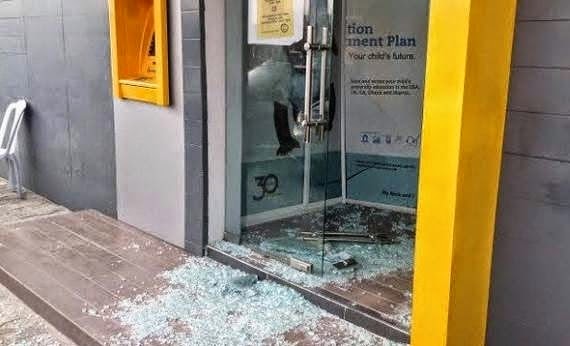 
Kim does not approve of Khloe’s wardrobe! Kim attempts a closet makeover for her sister on the season 10 ‘KUWTK’ premiere, which sets off an angry Khloe who then puts Kim in a headlock — yikes! 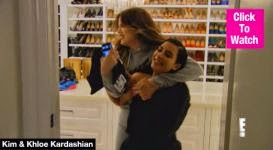 Season 10 of Keeping Up with the Kardashians is right around the corner, and Khloe Kardashian, 30, and Kim Kardashian, 34, are going head to head! In a new clip for the upcoming season, things get heated when Kim wants to do a little spring cleaning in Khloe’s closet, but instead insults her style to no end with back-handed compliments.

Kim refuses to take no for an answer! Completely cutting Khloe off on something she was about to say, Kim insists on seeing Khloe’s closet after an email she sent.“Stop judging me!” Khloe yells before chasing her sister up the stairs. “You’re not cleaning out my closet!” Khloe catches up to Kim and yanks her away from the closet. Kim tells her it’s ridiculous and then fakes a cough so Khloe lets go of her, running straight for the closet.

THE KARDASHIANS AND JENNERS THAT HAVE GONE UNDER THE ......... 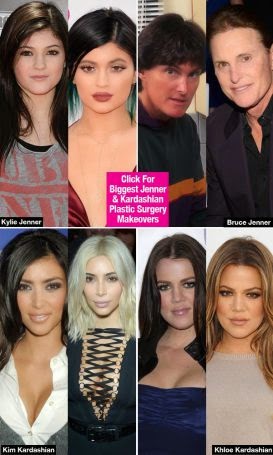 The Kardashians and Jenners have changed a lot over the years and possibly gone under the knife. Let’s delve into their plastic surgery makeovers!

Everyone in Hollywood is into changing their looks, especially the Kardashians and the Jenners. From lip injections to botox to possible butt implants, Kim Kardashian, 34, Khloe Kardashian, 30, Kylie Jenner, 17, and more from Hollywood’s most famous reality TV family have likely dabbled in various forms of plastic surgery.

Kim Kardashian’s Plastic Surgery — Has She Gone Under The Knife?

Kim’s butt is the envy of many, and we’ve all wondered whether she’s altered that famous derrière. From her endless selfies of her voluptuous booty, we’re dying to know her secret! Kylie & Kendall Jenner Diss Kim Kardashian.


While Kim has never confirmed that she’s gone under the knife for her bum, HollywoodLife.com has asked the experts about possible butt implants. Doctors have said she may have had some fillers to her cheekbones to give her extra volume. Which plastic surgery makeover has been the most shocking?

Kim’s wrinkle free face has also been something everyone wants in on. She’s always been open about her use of botox, including letting everyone watch a treatment on a 2010 episode of Keeping Up With The Kardashians.

Well, we have to say, Kim looks fabulous. Whatever she’s been doing has made her one of the sexiest women alive!

The youngest Jenner has been sporting a much fuller pout lately, making us all wonder if she’s gotten a little help. Kylie’s huge lips seem to only be getting bigger and bigger.


There’s been reports that Kylie’sundergone six or more plastic surgeries at just the young age of 17, including her bigger pout and possible chin enhancement.However, Kylie isn’t the only Jenner who’s showing off a new look. Bruce Jenner has been flaunting bigger lips in recent months.

The whole family must loveplump lips because they’re showing off very similar pouts!HollywoodLifers, which Kardashian or Jenner plastic surgery makeover do you think 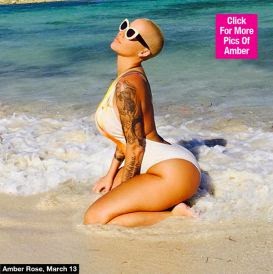