SHOCKING NEWS TRUE OR FALSE ; D'BANJ DRIVEN OUT OF HIS HOUSE IN LEKKI !!!!!!

CHECK THIS OUT GUYS : FROM A RELIABLE SOURCE , just got informed that D'banj  has be driven out of his lekki house in phase one . Is this true or false ? What do you think guys .
Posted by Chitoo's diary at 20:45:00 No comments:


Kim Kardashian Admits To Sex With Kanye West ‘500 Times A Day’ On ‘KUWTK’.

The season 10 premiere of ‘Keeping Up With The Kardashians’ is almost here but luckily there’s a new trailer that is full of bombshells, like the fact that Kim and Kanye have sex all day!

Are you as grossed out by this as her sister Khloe Kardashian is?

Kim Kardashian is the ultimate queen of TMI. The reality star is desperate to have another baby with Kanye Westand in the new season 10 teaser we get to find out just what Kimye are doing to solve the problem. Kim is almost about to faint because she is exhausted from all the sex and Khloe Kardashian is totally grossed out with how much personal info Kim is telling her.

BOBBY KRISTINA BOYFRIEND JUST CHECKED HIMSELF TO A REHAB FACILITY

Bobbi Kristina’s boyfriend has reportedly just checked himself into an undisclosed rehab facility, after telling Dr. Phill that he wanted to commit suicide.

The report also claims he checked into rehab for drugs.

Bobbi Kristina Brown‘s longtime boyfriend, Nick Gordon, checked himself into rehab just 3 days after he tweeted that he wanted to kill himself and also after disturbing taped appearance, March 5 with Dr. Phill.

The report claims that Dr. Phill sat down with Nick for what he thought was a TV interview but turned out to be a staged intervention by his mother and the talk show host. 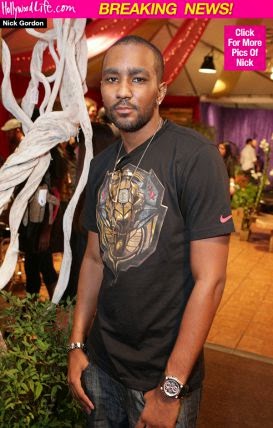 BLEACHING WAS BANNED IN NIGERIA IN 1988 LOL !

Check this out guys ; see what I found .In old age as I like to think skin bleaching was banned in Nigeria. This is so funny but so true.Tell me guys what do you think . 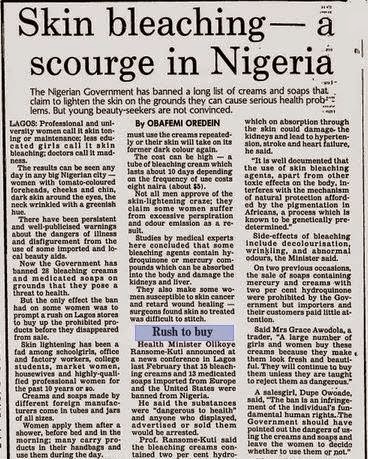 THE SAUDI FEMALE WHO WAS GANGED WAS FLOGGED IN PUBLIC


Photo: Gang-raped Saudi female victim flogged in public A Saudi woman who was gang raped was given 90 lashes for being out without a male companion and 200 more lashes for protesting her punishment. 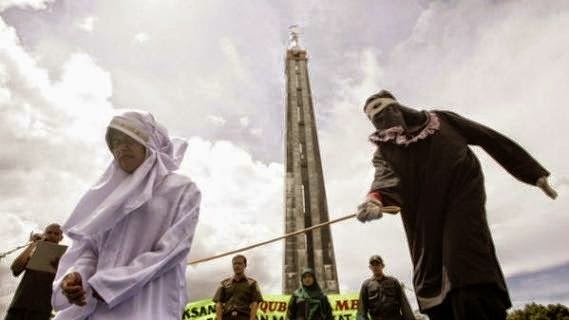 This is total wickedness.
Source: Breitbart 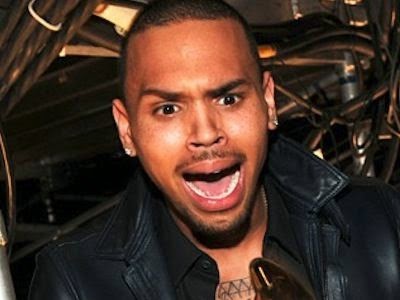 Ever since news broke that Chris Brown is the father of a 9 month-old secret baby, fans of the singer have been giving him hell and bugging him on social media to either confirm or deny whether or not the rumors are true.

Finally last night Chris Brown had enough and responded to fans in the most rude manner in the comment section of his Instagram page. See what he wrote after the cut and also see John Legend's wife's claim that Chris blocked her on twitter...

John Legend's wife Chrissy Teigen announced to her Twitter followers that she had been blocked by Chris Brown and she put a sad face there. 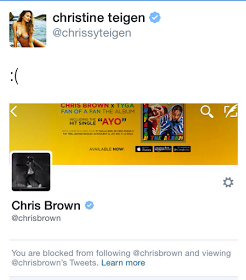 Have no idea what she did or said to get blocked.

A BIAFRAN EMBASSY HAS BEEN SET UP BY THE PEOPLE OF BIAFRA (IPOB)IN VICTORIA ,SPAIN.

A Biafran Embassy has been set up by the Indigenous People of Biafra (IPOB), in Victoria, Spain. The embassy was opened by Mazi Nnamdi Kanu, Director of Radio Biafra, London. he added that one more Biafran embassy would be opened in China soon.Mr. Kanu said:“

We your children are gathered here in Vitoria Basque country O’Lord of Hosts, to do that which you have divinely mandated us to do.


Today here in Northern Spain we open yet another chapter in this relentless effort to restore your kingdom upon the face of this earth. For the journey mercies you have granted us from all over the world here gathered we remain eternally grateful.


From all over the world we have come to establish a firm base in this land from where your will must be done. This year belongs to us Biafrans because in the end all glory and honour will be yours and yours alone. Iseee!” 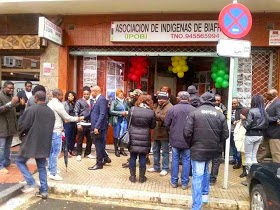 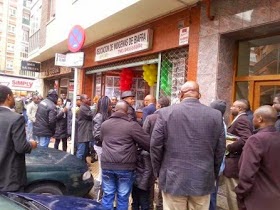 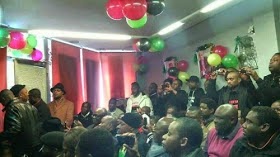 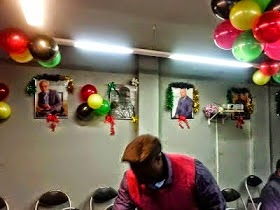 
OMG! Amber is known for her racy pics, and she nearly gave us a peek at her crotch in a recent Instagram photo.

Is she trying to compete with Kim for hottest selfie ever?

Amber Rose’s “goodnight” selfie she posted on March 6 undoubtedly woke up all of her fans.

The 31-year-old model posed seductively in just a T-shirt and barely covered up her crotch! Watch out, Kim Kardashian! Someone’s trying to steal your sexy thunder! 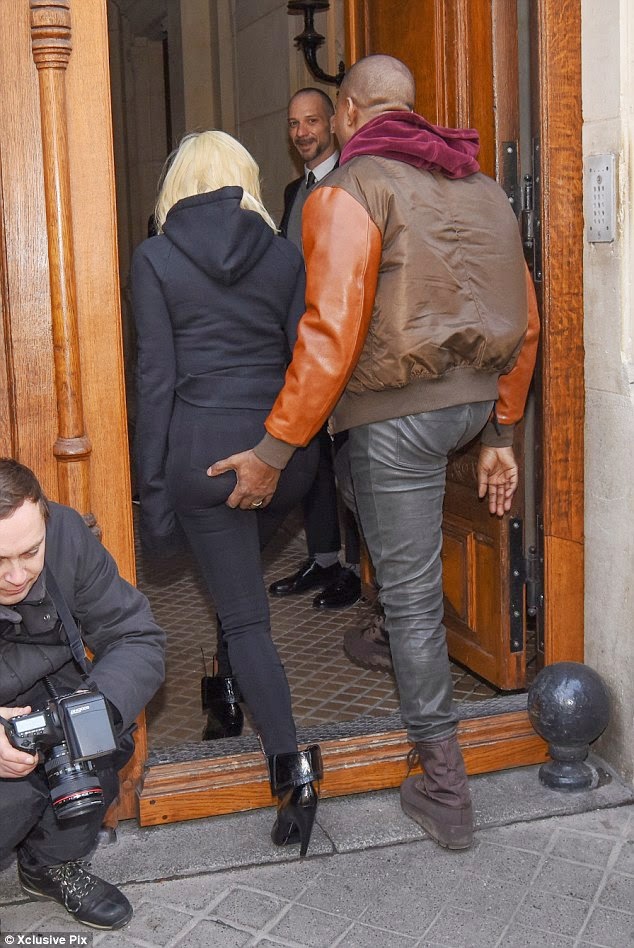 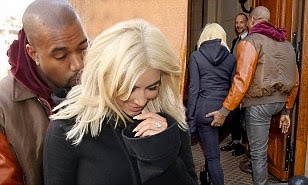 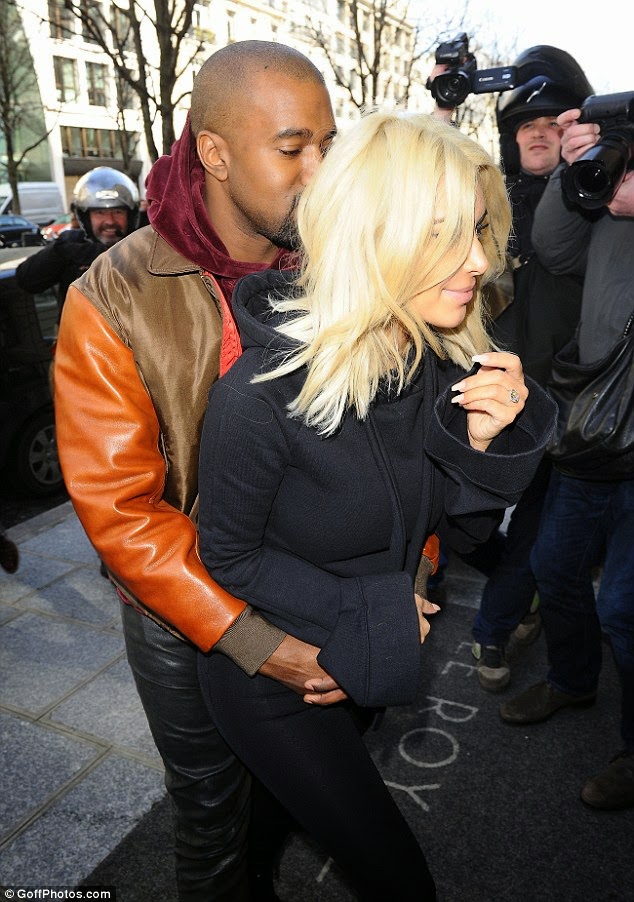 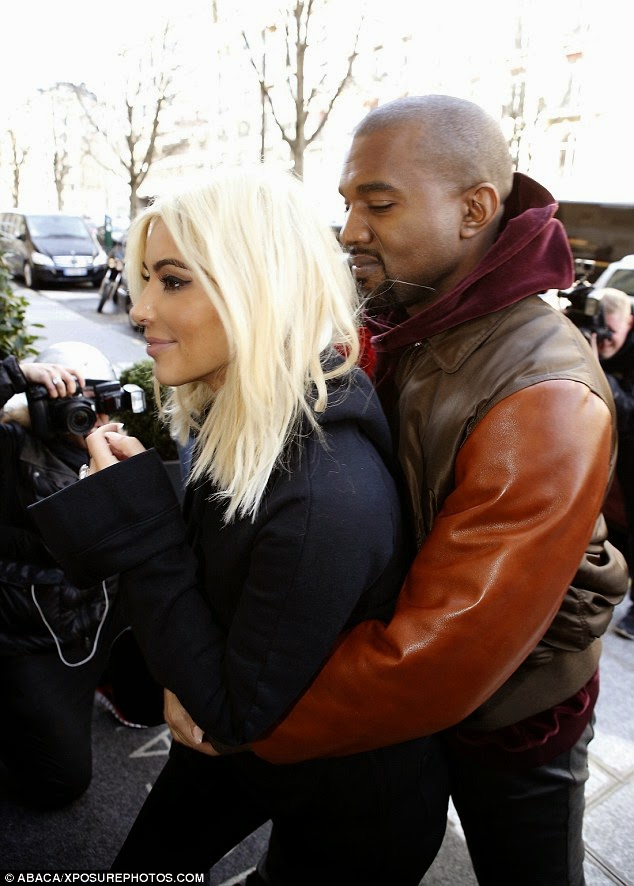 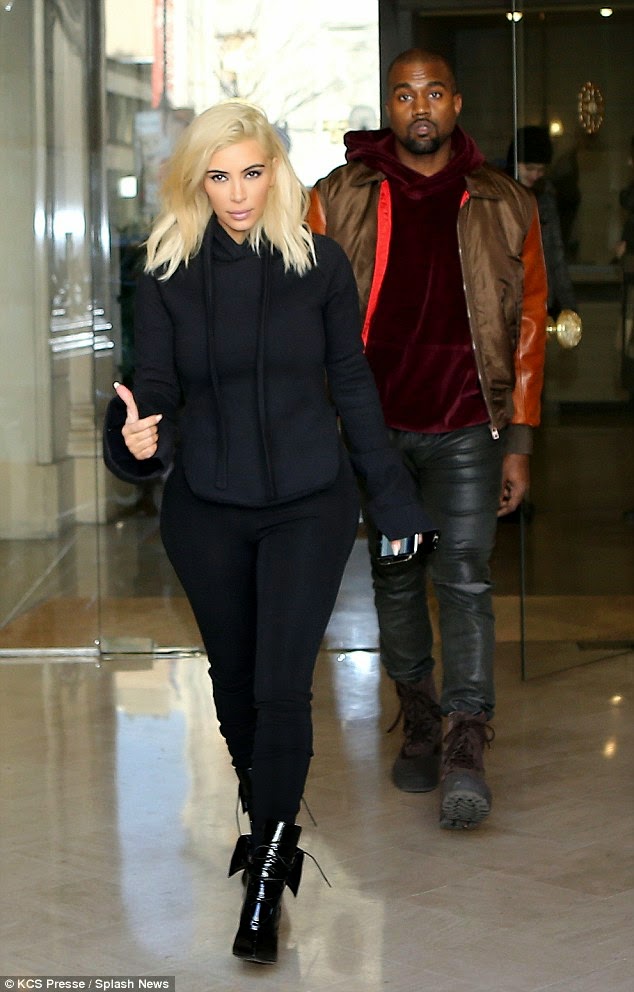 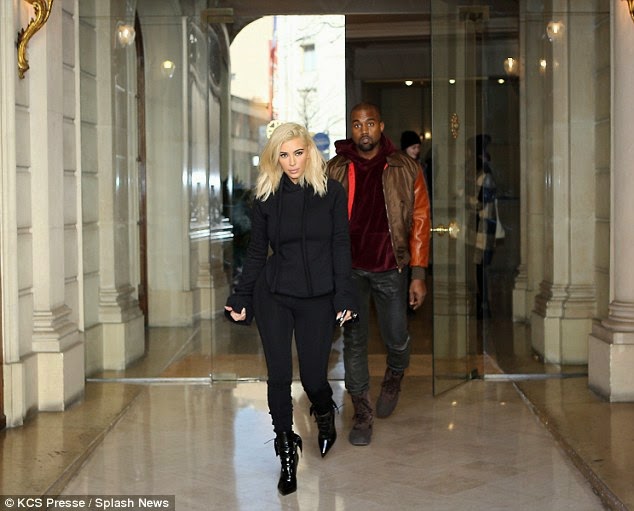 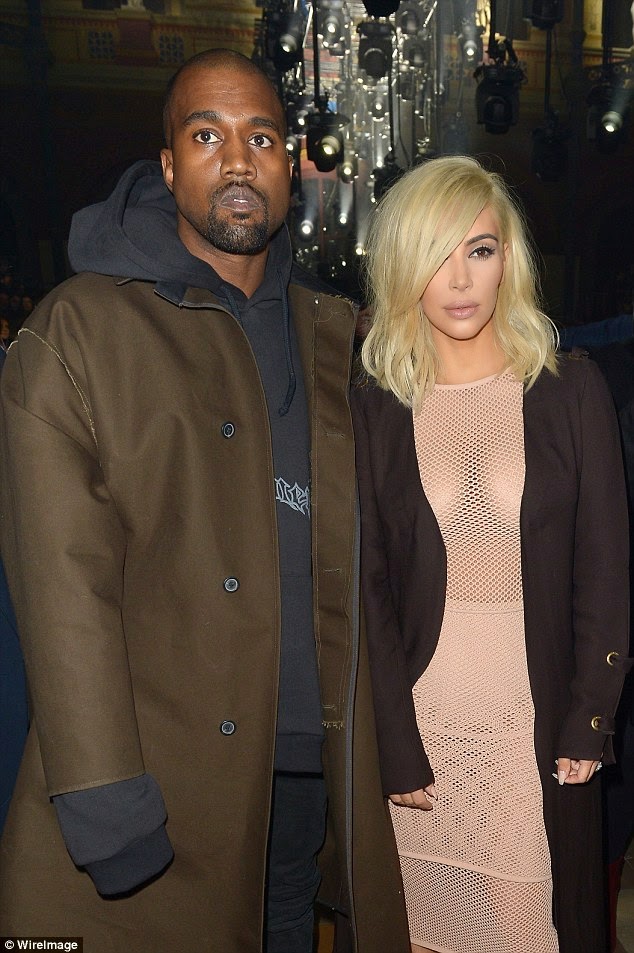 They look so in love but according to TMZ they say their marriage is in trouble . Well I don't believe that . They looks so happy and in love what do you thing guys . 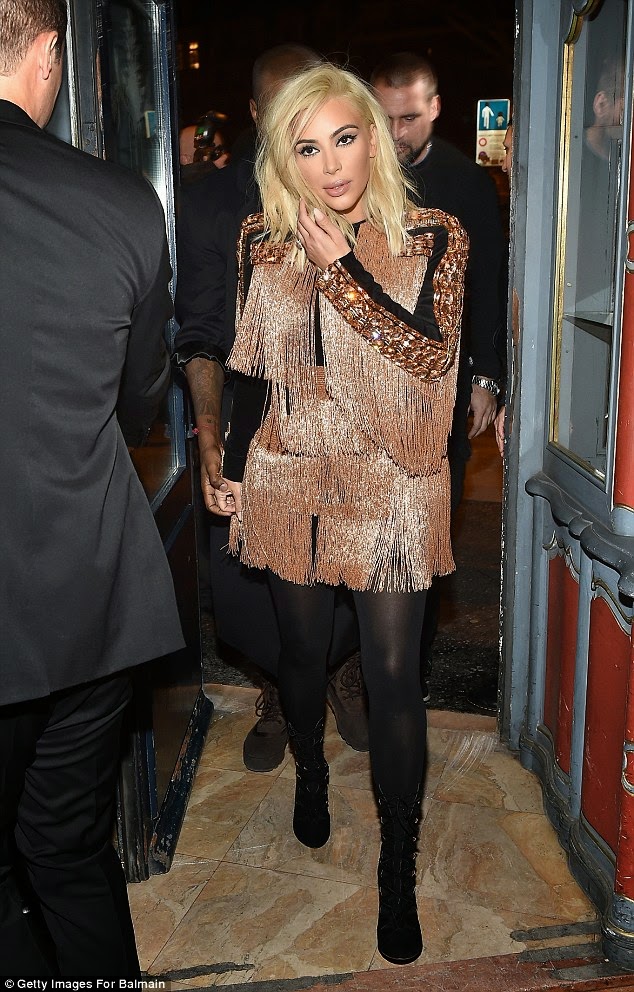 commentsThere's no denying they're one of the most loved-up couples out there, never afraid to put on a public display of affection.

And as Kim Kardashian and Kanye West headed out on Friday morning for another day in Paris, the smitten twosome couldn't help themselves, just hours after it was revealed the amorous pair have sex '500 times a day'.

The rapper appeared completely enamoured with his beautiful wife as they emerged from a taxi together, grabbing her from behind and causing her to fall about with the giggles.

In the new trailer for Keeping Up With The Kardashians, she revealed a bit too much about how she and her man are trying to conceive.'

I've been having sex 500 times a day,' shared the 34-year-old mother-of-one as younger sister Khloe reacted in disgust after hearing too much personal information.

As the tactile pair first stepped out earlier in the morning, Kim surprised onlookers with her unusually casual ensemble. 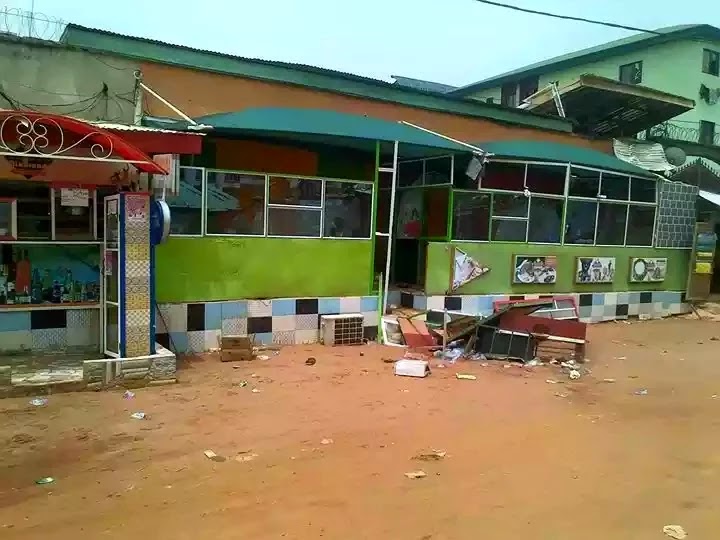 THE OWNERS OF A FETISH AND DIABOLIC EATERY LOCATED AROUND THE VICINITY OF ALADINMA STUDENT ALLIANCE,MEET THEIR TIMELY AND WELL MERITED RETRIBUTION.


It was a very horrible,absurd and gory sight to behold earlier today,as the owners of a popular eatery around the sphericity of Aladinma student alliance met their well timed waterloo.

Eyewitness recounted that trouble started within the wee hours of the morning,when the vigilante group in charge of security around the alliance caught a woman in possession of blood filled calabash doing some incantation in front of an eatery by name "Sweet Diamond" situated at the heart of the alliance.

When she was accosted,she lied that she was conducting a prayer session and the security guards overlooked her.She was almost allowed to go scot free,not until suspicion grew and the fetish contents of the calabash was discovered.

She was almost lynched by the irate mob,if not for the confessions she was forced to make.She made confessions which smeared the self acclaimed Manager of the eatery by name Dubem.

At the long run,Dubem the innocent looking guy was apprehended and thoroughly beaten to the extent that he made confessions that has caused palpable fears,regrets and tension around the vicinity and its adjoining environ.In the course of the confessions, the angry scrum started digging the entrance to the eatery.

To the greatest shock and dismay of everyone,fetish and diabolical items like;human heart,various sizes of padlocks,black and white handkerchiefs,traces of human blood and various human body parts etc was harvested.

Dubem in his fear gripped,stuttering and incoherent statements,confessed how he uses the menstrual flow of his female workers to cook food.How he uses large quantities of human feaces to prepare egusi soup,how he uses human blood to prepare stew and so many atrocious acts.

He even confessed how he sleeps with all his female staffs,takes their destiny and compels them to keep a sealed lips
He further professed how he enchanted his customers and continuously enchants his prospective customers immediately they step their foot inside the eatery.

He also admitted how he generates and controls an influx of customers to his eatery using fetish means.

What da heck?God please come and witness these man's gross inhumanity against your children.Yuck!!!!!!!Taking a look at his blood soiled body and devilish face,one will wonder and ask"what on earth will warrant someone to engage in these soulless acts"?

With the kind of customers he commanded,I can vehemently state that about 80% of residents and visitors of Aladinma and Okwu Uratta have in several ways consumed commodities from that eatery,if not Garri&soup,chicken,provisions,drugs,it must be shawarma or pop corn etc.

I really share in their fears.But they should be unruffled and take solace in the word of God which says that;"the evil that the children of God are ignorant of,won't find them".

But in all,thank God he met his comeuppance in an unlikeliest of ways to the great admiration and relief of people he has kept in captivity.

A little word to all other owners of the various eateries scattered in Imo state who engage in these ungodly aforementioned acts.

My advice is;as a matter of urgency you should all desist from these insensate and heinous activities before a gruesome and well deserved pill is forcefully administered down your blood soaked gullets.

It is said that we don't only fight against flesh and blood,but against principalities,powers and agents of darkness.

These are extreme times,its high time we formulated extreme measures.............Only God,Carefulness and high level of circumspection are the requisites in these devilish moments..........Credit: TASIE FROM IMSU.