DON'T BE A HOE' CHRIS BROWN TELLS KARRUECHE OUT OF ANGER..... 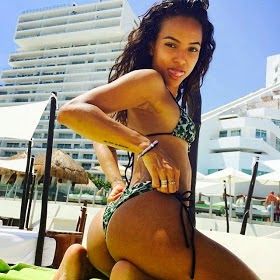 Chris Brown got another woman pregnant, his now ex-girlfriend Karrueche publicly dumped him! Karrueche posted this ass-tastic beach photo on her IG page and Breezy couldn’t help but leave a comment condemning her.  Jealous much breezy hehhehe !!!!

What do you think guys ?

Controversy surrounding the death of a minor, identified as Anwulika Nathan (an 11year old girl) from Owo-Ahia Afor in Obingwa Local Government Area of Abia State in the house of her guardian has been reportedly causing ripples in the community.

It was gathered that the commissioner after raping the girl to coma rushed her to New Era Hospital, along Niger road and some distance from Amuzukwu Primary and Secondary Schools were she later died.

Sources who confirmed that the people of Owo-Ahia Afor were pained over the girl’s death said that they were going to stop at nothing in deploying every measure to see that they get to the root of the matter.

Another source from the community who pleaded anonymity alleged that their daughter was raped to death by the ASOPADEC commissioner.

The source who confirmed that the police were already investigating the matter also accused the police of trying to sweep the matter under the carpet owing the “powerful” nature of the commissioner in the state.

According to the source “Sometimes last week, we got a phone that Anurika Nathan, 11year old from Owu Ahia Afor, who is living with one of the ASOPADEC Commissioners was raped to death.

“When we got to Umuahia, they were at the Federal Medical Centre (FMC), Umuahia. On reaching there, we saw her corpse in an ambulance covered with a T-Shirt with the inscription. One side of her body was open and we saw a lot of bruises on her knees, blood was coming out from her mouth and even from her private part.


“After we waited for about an hour at the hospital, the young man (Commissioner) arrived with his official car and with the father of the deceased.

They came in with a letter from New Era hospital, Umuahia stating the doctor’s report.“After a while, the Commissioner attempted to leave, but the woman IPO refused him going, insisting he must follow her to the police station (CPS, Umuahia).

“It was at that point that so many people gathered and with the assistance of the crowd, he was taken to the police station by keke after his driver refused to drive the car further.“

Before they left for the police station, there was a melo-drama at the hospital premises when the said Commissioner could not pay the ambulance driver for the services he rendered, but for the driver’s threat to dump the girl’s corpse into his own official car he (commissioner) was forced to pay the ambulance man”.

Continuing, the source added, “Before this time, the wife of the commissioner who we understand works in the same office with the father of the Anwulika was crying and when asked why she was crying, she said that prior to that incident, the girl went to school and came back from school with bruises and before they could take her to the hospital, she died in the process, adding that “from the hospital, we went to the police station and they tried to bail him (commissioner) out that day, but it was not possible.


Unfortunately, the girl was somehow related to prominent man in Abia government and I believe if not for this, from the way things had been going, the man could have been off the hook.“But of the man’s (commissioner) position in government, we (relations and families of the victim) are afraid that even the police would compromise dropping the matter.

“We were able to come to the conclusion that the commissioner raped our sister to death because from the autopsy conducted, the cause of death was established to be rape.“Anwulika was living with the commissioner, she was his housemaid and he took her in January this year.

It is not clear whether the girl died in the man’s house or at the hospital, but all we know is that the man took her to New Era hospital in his car but later brought her down to FMC in an ambulance and at FMC medics there tried to ascertain the cause of the death of the girl, considering the bruises she had her knees and blood that was gushing from her mouth and private part.“What we are calling for is for justice to prevail.

The autopsy had been done at FMC which was confirmed at the CPS that the girl died as a result of rape.

KARRUECHE TRAN I KICKED OPRAH'S PEOPLE OUT OF 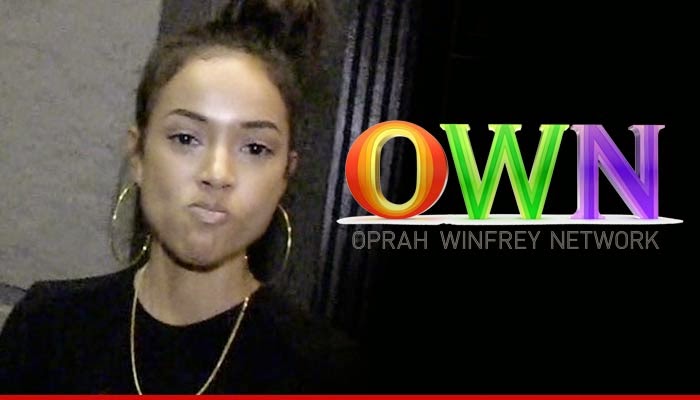 34 Minutes Ago EXCLUSIVE{{asset-0}}Karrueche Tran kicked the OWN Network out of her home ... because she felt the interviewer was passing judgment on her for her relationship with Chris Brown.

We're told Tran sat down at her house with Iyanla Vanzant for the interview. Tran says producers promised it would be "positive."Things went south when Tran was asked about her relationship with Brown.


Vanzant asked if she slept with Chris from the get-go because he was a superstar. When she explained they didn't sleep together until months after they met, she claims the interviewer didn't believe her and kept pressing.Vanzant also grilled Karrueche about her decision to date Chris in the wake of beating Rihanna.

She responded that everyone deserved a second chance. The interviewer then challenged Karrueche, saying Chris had cheated on her but she still took him back.At that point ... Karrueche's manager kicked Vanzant and the OWN crew out of her house.


A couple of hours passed, everyone calmed down and the OWN people were invited back in to complete the chitchat.The special will air on OWN later this month. 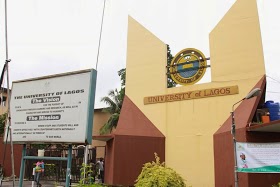 A young man, whose identity has not been revealed yet, was shot dead last night around 10pm at the University of Lagos Amphitheatre by suspected cult members. The school is yet to also confirm if he was a student. There's a pic of the slain man after the cut...hoping to get more details later... 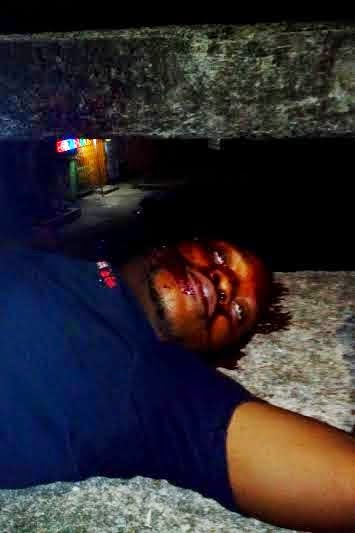 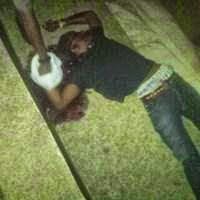 'I remain the President of AGN' - Ibinabo Fiberisima. 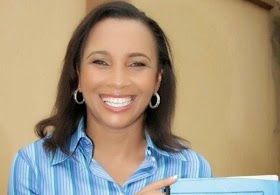 Ibinabo Fiberisima-Egbuka says she remains the president of the Actors Guild of Nigeria despite a Lagos High court ruling on March 16th nullifying her October 2014 re-election. Ibinabo said she will be appealing the judgement and until her appeal is heard, she remains the President of the Guild.
"People have been calling me on the phone to say that Emeka Ike is the new president of the AGN. But this is not true. The court did not say that he is now president. It said there was a status quo that forbade us from holding elections. We are appealing that because we cannot wait four whole years for the court’s judgement on that issue. I remain president of the guild till my appeal is heard" she told Punch