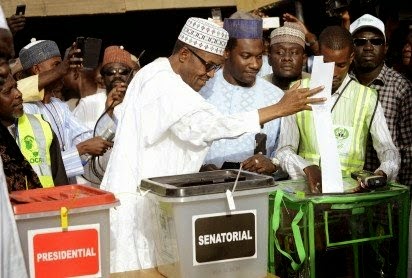 APC Presidential candidate, Gen Buhari has been announced the winner of the Presidential election in Ogun state. The state Collating Officer, Duro Oni, while announcing the results at the commission's secretariat in Ogun state this night said of the total 559,613 votes cast, Gen Buhari pulled 308,290 to defeat President Jonathan of the Peoples Democratic Party, PDP, who pulled 207,950.

She stated that the APC won in 13 local governments while PDP won in 7.