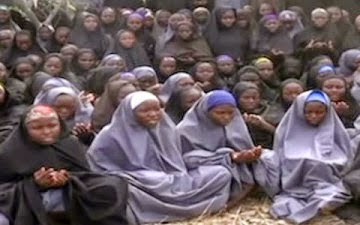 The girls, until their abduction, were pupils of the Government Secondary School, Chibok, Borno State.The British government claimed that revealing details of what it found about the whereabouts of the abducted girls would clearly damage its relationship with Nigeria and other allies.
This revelation came after a UK-based group, Security in Africa, through its founder, Ben Oguntala, wrote the British Ministry of Defence to request for information on the Chibok girls.“

The information was sent on January 30 this year and the UK government has 20 days to comply. They do have a defence of national security and that would prevent them from disclosing the information. Let’s hope they don’t.


If they rely on national security defence, we can raise the matter with the Information Commissioner’s office to determine if their claim of national security is reasonable,” Oguntala told PUNCH while requesting for the information.

The SIA founder, who had earlier in January this year said it was setting up a taskforce to go to Sambisa Forest to secure the release of the abducted schoolgirls, requested from the UK government to know the “results and reports of the British Armed Forces, the details of where they searched and the results of their findings.“

We also seek to have the details of the technology, technique or methodology used in the search and the consequential results,” he wrote in his request letter.But, in a letter from the MOD’s Permanent Joint Headquarters in Middlesex, dated February 25, a copy of which was made available to PUNCH, the British government said some of the information requested by Oguntala “falls entirely within the scope of the qualified exemption provided for at section 27 (International Relations) of the FOIA and has been withheld.”It said: “Section 27 is a qualified exemption and is subject to public interest testing which means that the information requested can only be withheld if the public interest in doing so outweighs the public interest in disclosure. Section 27(1)(a), (1)(c) and (2) have been applied because some of the information has the potential to adversely affect relations with our allies.

The Public Interest Test concluded that whilst release would increase public understanding and confidence in the relation the United Kingdom has with other international states in its assistance with operations, the balance of the public interest lay in withholding the information you desire.

”The British defence ministry stated that it would not release the details of where the UK soldiers searched and the results of their findings.


It however shared details of the “technology, technique or methodology” used in the search.According to the MOD, the RAF Sentinel R1 and Tornado aircraft were used to “provide imagery and other data as part of a combined effort with Nigeria and other nations.

After the 1990 Gulf War, it was identified by the allies that Intelligence, Surveillance and Reconnaissance had played a key role in the success of this operation.

In particular, the use of Synthetic Aperture Radar and Ground Moving Target Indicator had proved invaluable in the tracking and prosecution of enemy ground forces.

This galvanised the UK to acquire its own capability and in 1993 the requirement was endorsed by the MOD,” the RAF said on its website.Not deterred by the response of the MOD, Oguntala said his group would also approach the British Prime Minister to “reveal what he can about the Chibok girls.

”“I have had several persons suggesting that I drop the matter and claiming Boko Haram is being used by political players. This information request
Posted by Chitoo's diary at 10:27:00