MOROCCAN ATHLETES BURNT TO DEATH IN A BUS CRASH 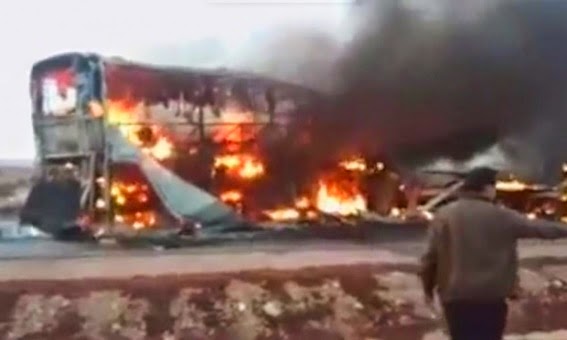 A head-on collision between a petrol tanker and a bus carrying a delegation of young Moroccan athletes said to be around 14/15 years old resulted in the death of 31 people with about 9 people seriously injured after the tanker exploded and spread fire.

According to Morocco's Ministry of Sport, the accident happened along the road between the capital, Rabat, and Laayoune. Moroccan media reports that the young athletes were school students participating in a national sports competition who had gone to the competition to represent their schools. They were on their way back when their bus collided with the petrol tanker.. 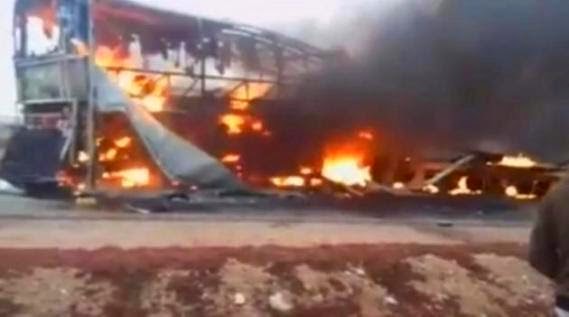 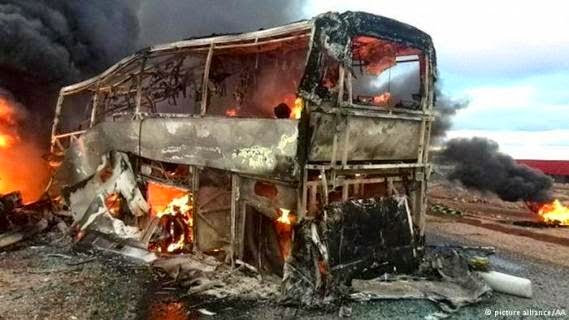