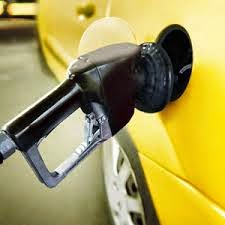 Respite may have come the way of Lagos residents as eight vessels with various types of petroleum products arrived Lagos ports yesterday lending credence to Federal Government’s assertion that marketers are holding Nigerians to ransom over refined products.

One would be wondering how the vessels wouldbe arriving Nigeria two days after the governmentpaid N156 billion to marketers when it wouldnaturally take weeks or months to bring in suchcargoes from overseas.

But according to a bulletin by the Nigerian PortsAuthority (NPA), the petroleum products thatcame in include base oil, kerosene and petrol. Thepublication further revealed that three other shipsalso arrived with rice in bags and containers.

It said that NPA was expecting the arrival of 27ships to the Lagos ports between May 4 and 30.The publication said 13 of the expected ships areto sail in with containers, while eight others areexpected to arrive with food products. The foodproducts, it disclosed, include rice, bulk sugar,bulk salt, frozen fish and bulk wheat.

Generalcargoes are to be brought in four ships, while oneship each would will sail in with vehicles and kerosene.Nigerians have for over a week been jolted bypetroleum scarcity, which reportedly arose fromthe strike embarked upon by oil marketers protesting over N156 billion debts owed them by government.

But only last Thursday, the FinanceMinister, Dr. Ngozi Okonjo-Iweala, paid the saiddebt while urging the marketers not to holdNigerians to ransom. Even as at the weekend,there were still controversy over the actual debtsoutstanding in their favour.