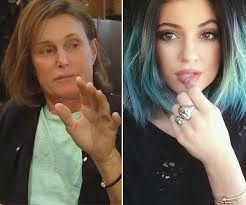 It’s all just getting too much for Kylie to handle! The overwhelmed teen reportedly wants nothing to do with her family’s reality show, ‘Keeping Up With The Kardashian,’ especially with all of the drama surrounding Bruce’s transition.

Kylie Jenner has made a name for herself through her family’s reality show, Keeping Up With The Kardashians, but according to a new report, the 17-year-old has realized “it’s time to leave” after she was “blindsided” by her father, Bruce Jenner‘s, very public transition find out what really pushed Kylie over the edge!


She has no interest in being a part of the series anymore,” an insider spilled to Life & Style. “The entire experience with Bruce has made her realize it’s time to leave.” 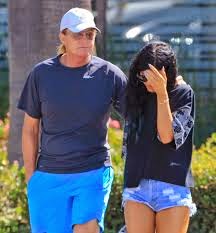 “Bruce felt he’d waited long enough to open up and transform the way he wanted, but Kylie wasn’t ready and feels blindsided,” the source explained.As we all saw on Bruce Jenner’s two-part special on E!, Kylie was barely featured and when she was, she seemed a bit stiff and uncomfortable. “


She’s not coming across well on camera, so she figures why not leave. She just wants to hang out with her friends instead,” the insider said

.The next step? Telling her fam she’s done and according to the insider, “Kylie is telling her family she has had it with everyone and everything.”