End to Boko Haram in Nigeria is in sight - President Buhari

End to Boko Haram in Nigeria is in sight - President Buhari 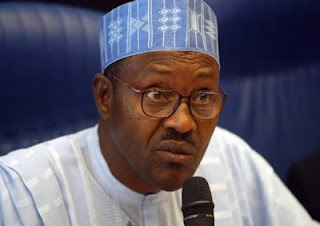 President Buhari says that the end of terror group Boko Haram in Nigeria is in sight. He said this in a statement released today July 8th.

The statement released by Shehu Garba, SA to President Buhari on Media and Publicity reads in part;
“The president is convinced that with recent increase in troops deployment, improvements in the supply of arms and equipment to the military, as well as the ongoing effort to mobilise greater international cooperation and support, the end of Boko Haram and terrorism in Nigeria is in sight.


He calls on Nigerians to remain vigilant and report any suspicious persons to security agents as his administration continues to give the highest-possible priority to eradicating Boko Haram and ensuring greater security of lives and property across the country “Already, the intensified onslaught by the military on terrorists’ strongholds has led to significant seizures of weapons and vehicles, a blockage of their sources of arms and ammunition, and a decimation of their fighting men.

President Buhari assures Nigerians of the ability and readiness of the country’s armed forces and security agencies to contain the frantic resort by the terrorists to attacks on soft targets such as crowds and places of worship.”