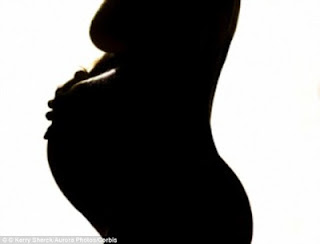 A 35 year old housewife reportedly died mysteriously a few days after she gave birth to a set of twins on Aya-Oye Street, Ejiigbo,  a suburb of Lagos..
It was alleged that after she got pregnant, her married lover, identified simply as Fatai, took her to the home of a single mother (names withheld) in Aya-Oye Street, Ejigbo, to cover up the shame.

It was learnt that Joy already had 3 children from her estranged husband who resides somewhere in Surulere before she became pregnant for Fatai who resides at Abaranje in Ikotun area.

A neighbour,  Iya Kubirat said:
“I can’t say what was responsible for her death because the incident occurred a few days after she was delivered of the babies in a hospital and was brought back to the woman’s flat.   She was found dead, foaming in her mouth on top of a bed in one of the rooms in the flat.
“When the woman who harboured her in the flat heard the babies crying, she went to Joy’s room to find out what was happening only to discover that Joy was dead. She raised an alarm which attracted neighbours. I was among the people who rushed to the flat. The cause of Joy’s death could not be immediately ascertained as there was no report of autopsy from any doctor.”
However, the woman who harboured Joy contacted her husband and family members to come get her corpse but they rejected her corpse.  She then contacted Fatai who showed up at the place and also refused to take responsibility for her burial.

It was gathered that Fatai explained that he did not marry her as hence would not accept the corpse for burial, despite being the father of the twins.

Meanwhile,  the twin babies were handed over to Fatai who took them to his house at Ikotun.