Meet the 52 year old mother who looks half her age

Meet the 52 year old mother who looks half her age 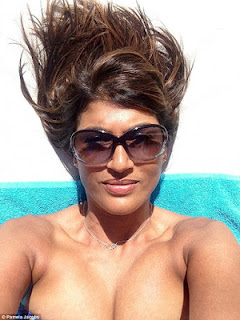 Mrs Jacobs is 52 and has a 21-year-old son, but with her clear skin, enviable figure and thick, dark hair, Pamela Jacobs looks half her age.
She looks so young that she has been offered student rail fares and is told she must be lying when she reveals her real age. 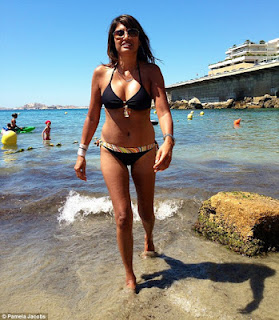 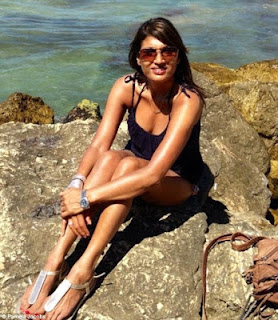 Mrs Jacobs, who says her mother and siblings also look younger than they really are, attributes her youthful looks to good genes, a healthy diet, lots of exercise - and plenty of coconut oil.
She also has a weekly sauna and steam, exfoliates her face every other day and never leaves the house without sunscreen - she says she likes to use Greek brand Korres because it's 'natural'.

Much to her son's horror, she also gets attention from younger men - and embarrassingly, has been mistaken for his girlfriend in the past. 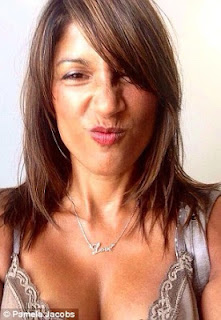 'A while ago someone my son knows thought I was his girlfriend,' she chuckles. 'And some people I know have thought the same in reverse.'
But Marley need not worry about her dating any of his friends because Mrs Jacobs, who is currently single after marrying and divorcing in her twenties, says she has no intention of dating a younger man. 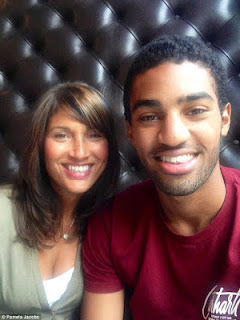 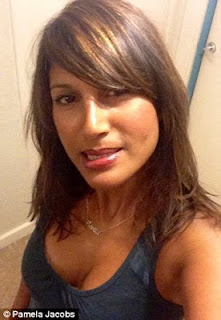 'It's flattering but I prefer men of a similar age to me,' she explains, pointing out that a 21-year-old son 'puts that [dating a twenty-something] into perspective'.
Nicknamed Pharrell by family members after the enduringly youthful singer, Mrs Jacobs says the odd embarrassing situation notwithstanding, there are no real downsides to looking younger.


'I can't remember the last time I was ID’d  but a few years ago I was buying ticket to London and the cashier asked if I had my student rail card so I said I didn't have one.
'He then asked if I wanted to apply for one so I had to tell him that I wasn't a student and what my real age is. He went a bit red.'