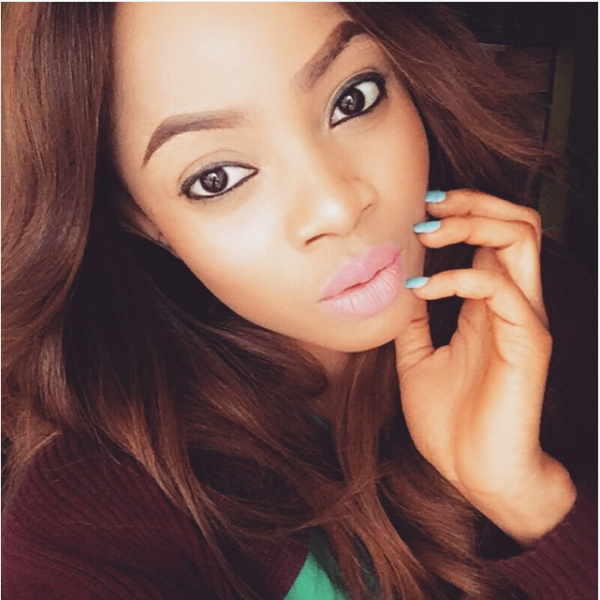 It's no longer news that Maje Ayida, popular on-air-personality, Toke Makinwa's husband, impregnated a long time lover, Anita Solomon and flew her out of the country to be delivered of the baby.

Ever since the news broke both parties especially, Ayida, kept quite on the issue and their silence fuelled so many speculations. Out of the blues, this week the fitness trainer publicly apologized to his
wife via his Instagram page.

In his apology, he made it clear that he was wrong and he was still in love with his wife. He said:
“I am writing to express my sincerest apologies to my wife. I was wrong, it is indefensible and I am sorry. I deeply regret what my wife and my family has had to endure. My behaviour has caused a lot of anguish to everyone.

Though this matter has been very public in nature, it is a private issue and I would appreciate the opportunity to face it privately.

”When Saturday Beats contacted him on the phone, the bald fitness expert, declined to comment on the issue stating that he made it clear in his message that it was an issue he would prefer to handle privately. He however insisted that he was still very much in love with his beautiful wife.

He said:
“I would rather not talk about the issue now. I am not just comfortable talking about my personal life publicly. It is not something that I normally do. Most times I grant interviews it is usually related to my work.

It is not something I really do and I don’t want to start doing it now especially with this issue going on. It is a private thing and part of the point of my message was to keep it private. I expressed that in the message.

I would rather not talk about it. But I love my wife dearly.”When Saturday Beats contacted the delectable OAP if she would listen to the pleas of her husband, she also declined to comment on the issue.

In a gentle and polite voice, she said:
“You have to understand that a lot is happening right now and I would rather not grant any interview or make any comment for now.”
Posted by Chitoo's diary at 11:50:00