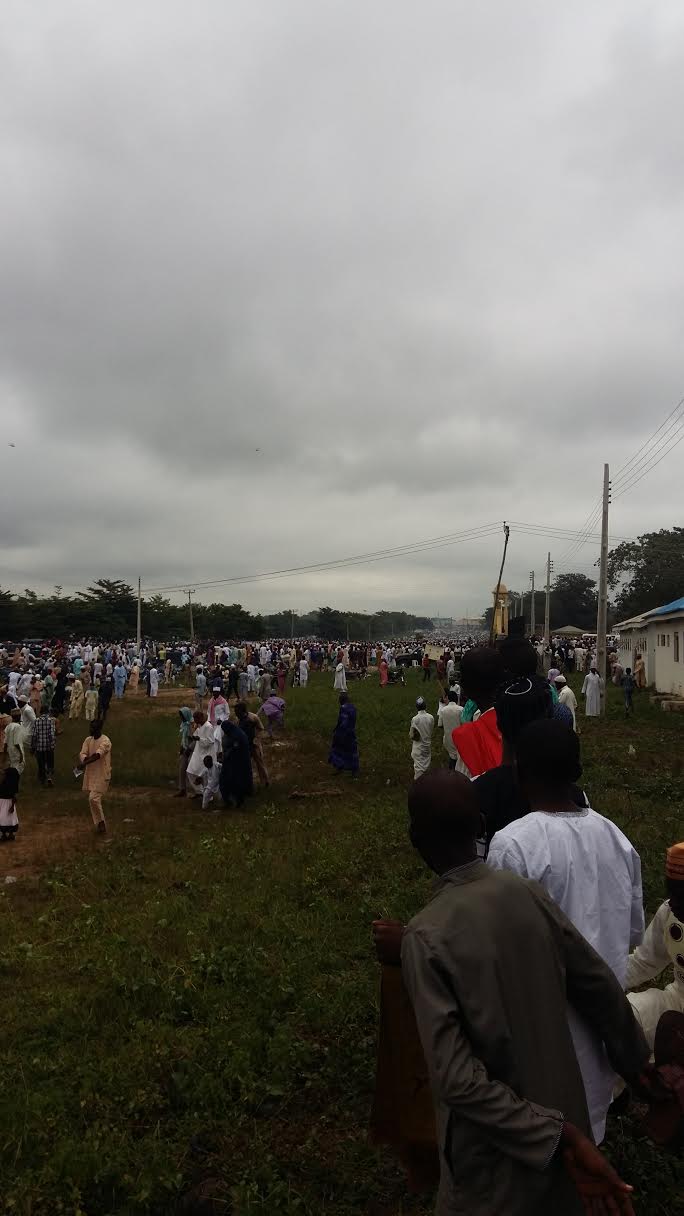 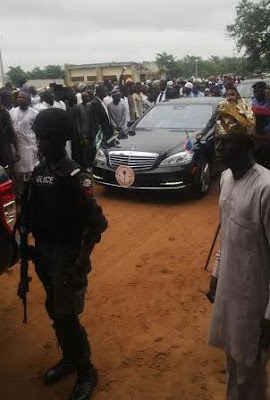 Confusion in Kwara as protesters attack Saraki, others at Ilorin praying ground

There was pandemonium at the eid praying ground in Ilorin, the Kwara state capital, on Thursday as aggrieved faithful went on the rampage hauling missiles in the direction of the President of the Senate, Bukola Saraki, and other dignitaries. 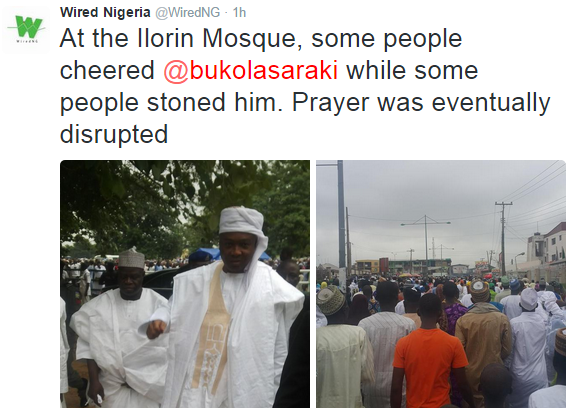 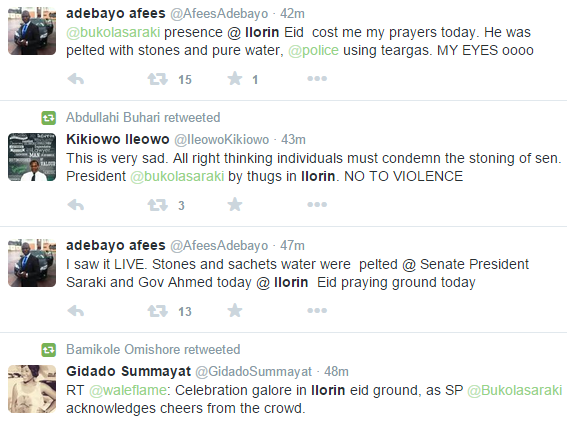 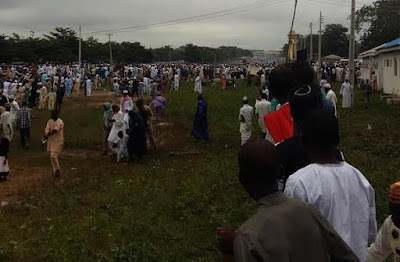 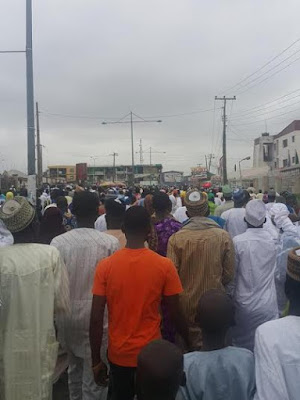 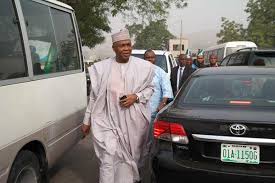 Witnesses said the protesters were angered by the inability of the state government to pay salaries of workers before the Sallah celebrations, rendering some civil servants unable to buy rams for today’s Eid-el Kabir.
“Shortly after the senate president and other dignitaries arrived, some people started throwing stones and sachet waters in the direction of the Senate President and other important people,” one witness told PREMIUM TIMES.

“They started chanting Ole Ole Ole (thief), “Pay us our salaries”, “Where is our bailout money” and “Don’t use bailout money to service Abuja politics.”
Before long, the situation deteriorated, as some of the protesters started destroying cars and other properties in sight.
One of the vehicles destroyed is an unmarked bus, with a federal government of Nigeria number, belonging to the University of Ilorin.
“The protesters erroneously thought the bus was among vehicles in the convoy of Senate President Saraki,” a witness said. He requested not to be named for fear of reprisal.
The witness said as the violence continued, Mr. Saraki and other dignitaries were whisked away by law enforcement amid heightened security cover.
Posted by Chitoo's diary at 13:11:00