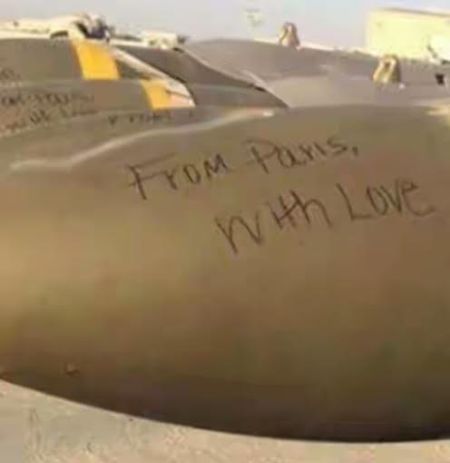 A missile reading "From Paris, with love" has been sent to wreak havoc on ISIS strongholds. This emotive image was taken of US Military planes which were ready to join strikes on the terrorists who have claimed responsibility for Fridaynight's assault on the French capital.

The Paris terror attacks were, President Francoise Hollande told his people, "an act of war". And swift retribution came soon afterwards, as the French dropped 20 bombs on an ISIS stronghold in Raqqa, Syria, on Sunday night. 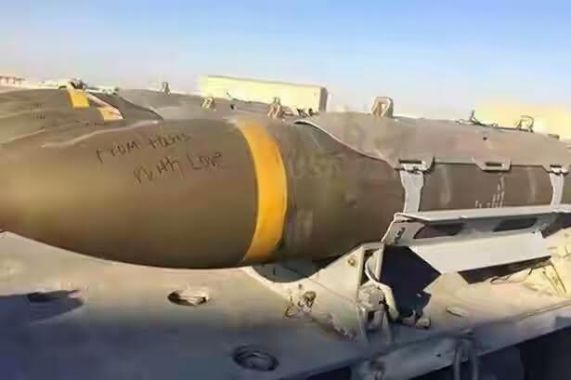 The unverified images of the missile said to be Syria-bound were shared on social media, and said to be a memorial for the 129 killedon Friday.

The Hellfire missiles were written on by persons unknown, but the act is in a tradition held by the US military since World War Two.

The images show messages written in black marker pen and also made out of white tape. 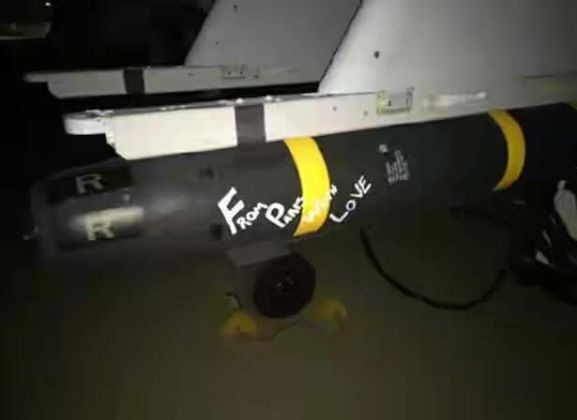