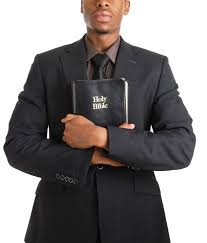 Following cases in which a Chinhoyi prophet has made his congregants eat grass, tree leaves and mud to receive their “deliverance”, it seems Zimbabwe is not immune to the controversial acts of faith that have been happening in other parts of the world. South Africa’s pastor Lesego Daniel grabbed international attention last year when he made his congregants eat grass.

In the same manner, prophet Bernard Takavadiyi of Ruach Embassy Worldwide Ministries has also assured his congregants that they will be delivered through this act. Prophet Takavadiyi confirmed to our source that he uses grass, tree leaves and mud to deliver his congregates.

“Whatever we decree here is also decreed in heaven, Jesus did many things when he was here but a lot was not recorded (scriptures in the book of John from Chapter one to ten), thus the miracles God is revealing through me are some of those that were not recorded.

He said a miracle does not need any person’s reasoning and as a son of God, he has the authority to speak to anything in the universe, including the grass to perform what he wants.

“Why is it you people are not against the result of a miracle, but the method? Jesus himself delivered people not only by laying of hands. Jesus healed a blind man with mud and saliva, (John 9:14). The Bible says you shall do greater things, now is the time for greater things,” he said.

His controversial methods of deliverance have since drawn criticism from people across the town. However, his congregates have vowed to adhere to them. Fellow prophets and Chinhoyi residents have described Takavadiyi’s deliverance methods as unscriptural.

“Can God do such things, making people eat grass, tree leaves, mud and supposedly poisonous flowers, all in the name of deliverance and healing?” questioned one of the residents. A Chinhoyi prophet who requested anonymity said this kind of practice is questionable and unorthodox. He said people can be healed by simply laying hands on them.

A Chinhoyi resident, Justin Rukukwe accused today’s prophets of hoodwinking people into fellowship.
Among the church’s congregants is a lady from Chikonohono who claimed that she had breast cancer and when she ate the grass, the lump that had been in her right breast disappeared.
Posted by Chitoo's diary at 17:44:00