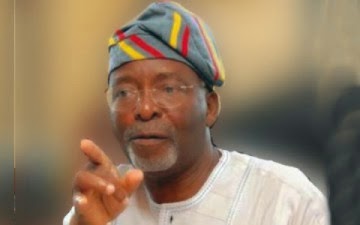 The Oodua People's Congress, OPC. has given a 48-hour ultimatum to the South African government to stop the xenophobic attacks going on their country or incur the wrath of the group.

At a press conference in Lagos today April 21st, the founder of the group, Dr Frederick Fasheun warned that nobody has the monopoly of violence.

"While the Nigerian government and the rest of the world seek a diplomatic solution to this season of madness, the OPC hereby warns that South Africa must end this rash of xenophobia within 48 hours.

These ill-advised attacks are capable of bringing out the beast in the best of men.

And we will not watch as fellow Nigerians are wantonly killed in cold blood. Enough is enough. South Africans must know that nobody has a monopoly of violence. They must halt the killings, the maiming and the looting of foreigners’ shops in their country.

These incidents of xenophobia will provoke reprisals against South Africans and their interests in other lands.

Thus, beginning with the belligerent Zulu King, all South Africans involved in these attacks should be arrested immediately and prosecuted for crimes against humanity.

”he said
According to Dr Fasheun, what the group will do if the attacks continues cannot be revealed now but said South Africans should remember they have many businesses in Nigeria.


"South Africa has many business interests in Nigeria but of course, you do not expect me to reveal what we will do until the time is right.”he said