A MAN WAS ARRESTED FOR RAPING HIS NINE YEARS OLD DAUGHTER OF HIS GIRLFRIEND........

Man Arrested For Raping Nine-year-old Daughter Of His Girlfriend. 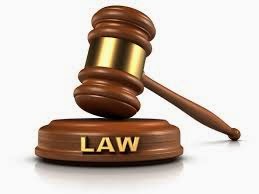 A cloth dealer, Cyprian Edundu, 38, has been arrested by the police for allegedly raping a nine -year-old girl.

PUNCH Metro learnt that Edundu, who is allegedly dating the victim’s mother, lives in the Ojo area of Lagos, where her lover resides.Our correspondent learnt that the indigene of Imo State had lured the girl to his room sometime in October 2014 and allegedly raped her.

It was gathered that Edundu, after the act, warned the girl not to inform anybody.The girl, however, reportedly told her mother when Edundu tricked him into his room and attempted To Molest her the second time.

PUNCH Metro learnt that the suspect was apprehended after the minor’s mother, identified simply as Amaka, reported the incident at the Ojo Police Station.Edundu, in a statement he made to the police, denied the allegation, claiming that he only sent the girl on an errand.

He said there was a relationship between him and Amaka, adding that the woman used to send the girl to him whenever she needed money.He said, “I merely sent her (the victim) on an errand. I didn’t rape her.

Amaka, her husband and I are very close. One day she (Amaka) came to my room half-Unclad, asking for money. She seduced me one morning when she needed N5,000. That was the first time we had sex. She sent her daughter to me whenever she needed something.

”Amaka, however, refuted having extramarital affair with the suspect, but she admitted that she usually borrowed money from him.She said, “I never went out with him (Edundu). Yes, I collected N5,000 from him, but I paid him back.

The first money I got from him was N1,000. He is just a neighbour to me and nothing else.”Edundu was brought before an Apapa Magistrate’s Court on one count of rape.

The charge read, “That you, Cyprian Edundun, sometime in October 2014, at about 10am on Semach Street, Agric, Ojo, in the Lagos Magisterial District, did defile a nine-year-old girl without her consent and thereby committed an offence punishable under Section 137 of the Criminal Law of Lagos State of Nigeria, 2011.

”A police prosecutor, Inspector Olusoji Ojaokomo, told the court that a medical test conducted on the girl at a general hospital in Lagos revealed that her “hymen had been ruptured.”The accused pleaded not guilty to the charge.

The presiding magistrate, Mr. P.A. Adekomaya, admitted him to bail in the sum of N100,000 with one surety in like sum.The case was adjourned till June 10, 2015 for mention.