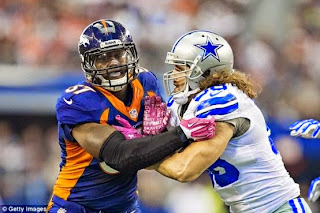 The tall and handsome father of one died on Saturday May 16th after hanging himself in his home.‘It deeply saddens all of us to share with you that Adrian Robinson Jr.

passed away last night at the age of 25. No one knows yet why he killed himself but family members said he hadn't acted like he was worried about anything before he took his own life.. 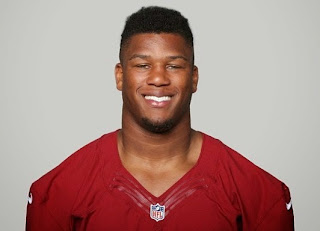 His agents wrote on their Facebook page;
‘Adrian was a beloved father, son, brother, friend and teammate. We ask that you please respect his family’s privacy during this difficult time, and especially keep his daughter Avery Marie in your prayers.

Thank you for all of your support and consideration.’
Robinson's last message on Twitter was posted on Tuesday when he wrote; 'Summer and the laugh of my daughter make me believe in God.'

May his soul rest in peace, Amen.