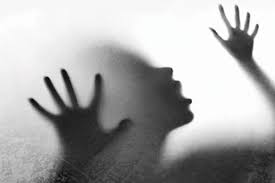 A 32-YEAR-OLD man from Bulawayo has been arrested for allegedly raping his 53-year-old mother.

The incident happend on January 18 at the mother’s house in Nkulumane suburb.

The rape suspect, a mechanic who cannot be named to protect the identity of his mother, was not asked to plead but told the court that his mother was framing him.

“I didn’t do it your worship. I don’t know why she is saying I raped her. When she is fighting with my father, she gets me involved in their issues for no reason at all,” he said before he was remanded in custody to February 10.

The man’s mother, in a statement to the police, said her son came into her room while she was sleeping and raped her.

“He came into my room at around 7PM and shouted at me when I asked who had entered. He then jumped into my blankets and slept on top of me.

“He had sexual intercourse with me without using protection. I did not refuse or scream because I feared for my life as he has assaulted me before,” said the mother.

Prosecuting, Mufaro Mageza told the court that on January 18 at around 7PM, the man went to his mother’s home and found her asleep.

“Accused jumped into the blankets and got on top of the complainant who was wearing a petticoat. Accused had sexual intercourse with the complainant once without her consent. The matter was reported to the police leading to the arrest of the accused,” said Mageza.

The prosecutor said the mother was referred to Mpilo Central Hospital and a medical report can be produced in court as an exhibit.
Posted by Chitoo's diary at 16:55:00